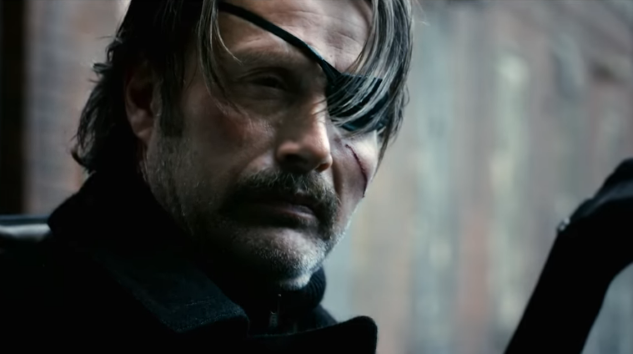 Mads Mikkelsen just can’t stay out of the damn cold. A few days ago saw the Doctor Strange star in the new trailer for survival thriller Arctic, and now with Netflix’s Polar he gets to deliver icy justice, John Wick style.

Polar is based off Victor Santos’ colorful, over-the-top graphic novel about an assassin who is enjoying retirement until, you guessed it, his past comes back to haunt him.  Mikkelsen plays the world’s top assassin, Duncan Vizla aka the “Black Kaiser”, whose former employer sends a team of splashy villains to kill him, thinking he’s a liability. As you probably guessed, collecting the bounty turns out to be much harder than the hungry young killers thought it would be. Dude has laser scopes wired into his fingertips, you know he’s going to be a tough out!

Behind the camera is Jonas Akerlund, who is currently earning strong reviews for Lords of Chaos. He also directed a number of music videos, concert films, and the 2002 drug comedy Spun.

Mikkelsen has played a number of tough guy roles alongside his many dramatic performances. I’ve been waiting a long time to see him get back to something like this because he does the physicality so well, and he just looks like a badass. Even with that mustache, he looks like he could end you in a heartbeat. And eyepatches are always cool.

‘Jackass Forever’ Trailer: Johnny Knoxville, Steve-O, And The Gang Are Back For More Hilariously Dangerous Fun