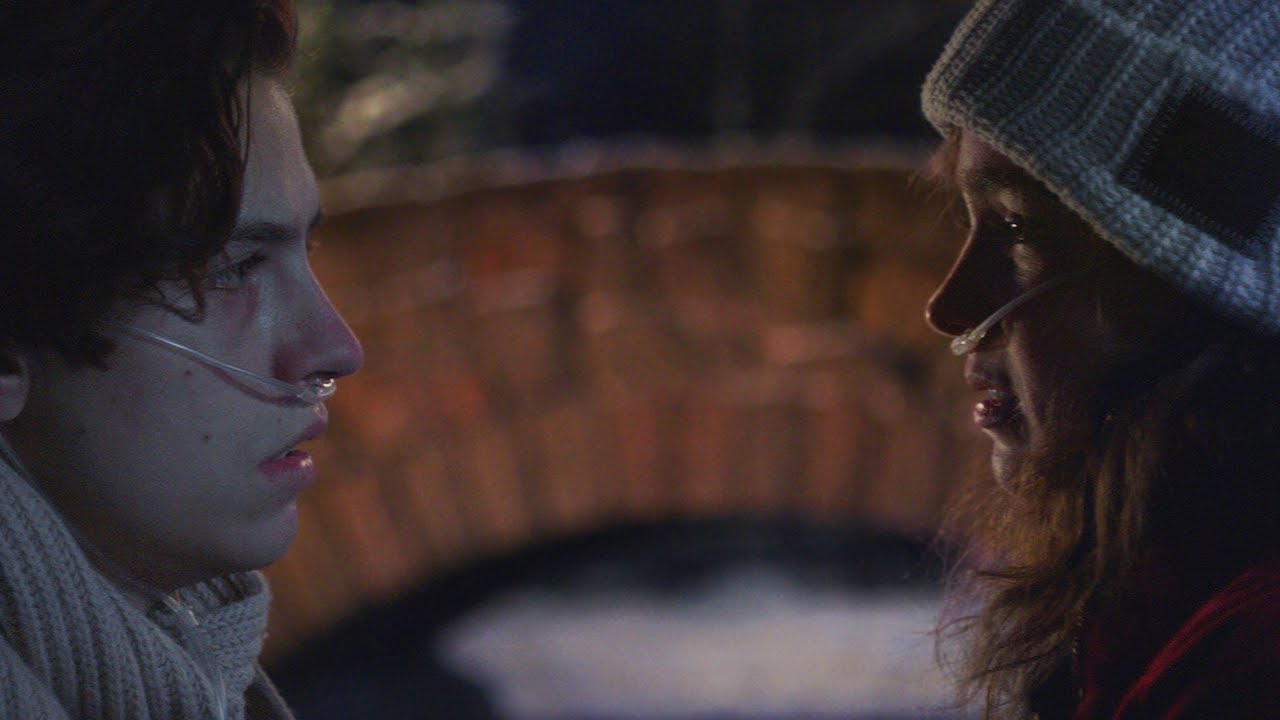 If your heart skipped a beat at The Fault In Our Stars, Everything Everything, and other movies about lovesick, and literally sick, teenagers, then Five Feet Apart is for you. It’s basically just like those other films except the central disease is cystic fibrosis, which causes a unique problem for the young lovers played by Columbus star Haley Lu Richardson and Riverdale‘s Cole Sprouse.

Directed by Jane the Virgin‘s Justin Baldoni, the film stars Richardson as Stella Grant, who is your typical American teen, with one little exception. She has cystic fibrosis, and spends most of her life stuck in a boring daily routine. All of that changes when she meets fellow CF patient Will, played by Sprouse, who challenges her to rethink all of those rules she’s had to follow. One of those rules? She and Will must stay at least six feet apart.

I think the title gives away that the rule is inevitably broken, at least a little.  I don’t know much about Sprouse, but Richardson can be counted on to give a great performance, and perhaps elevate a film that looks like a straight port of The Fault In Our Stars.