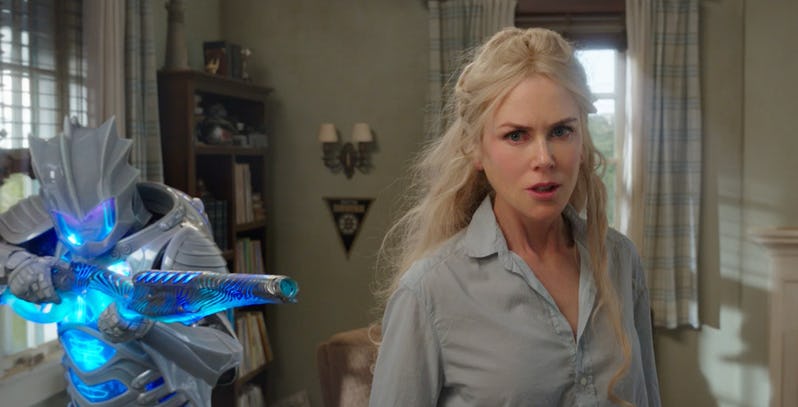 We’ve kinda gotten away from posting movie clips here, as I try to cut down on showing too much. But this clip from Aquaman is pretty awesome, so it makes the cut. The scene puts Nicole Kidman’s Queen Atlanna in a huge fight, and while that’s pretty cool in itself to see the refined actress get down to action, it’s made even cooler when you learn that it was all shot in one continuous shot. Not a trick, but one actual take according to James Wan in an interview he did with Slashfilm recently.

The fight scene is only about 20 seconds long, and the rest is a bunch of filler nonsense with Jason Momoa, but definitely take a little time to watch Kidman kick some ass on dry land.