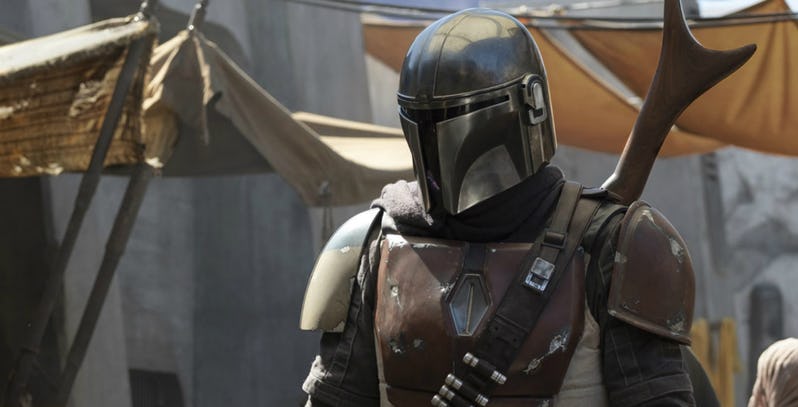 After weeks of casting rumors on Disney’s The Mandalorian series, the full cast has finally been revealed. While most of it is confirmation of what we already knew, there are a few new faces including one that makes me especially happy.

Pedro Pascal has been confirmed to star as the title character, a gunfighting Mandalorian on the galaxy’s Outer Rim. Also confirmed are the previously-mentioned Carl Weathers, Nick Nolte, Gina Carano, and Werner Herzog, which is such a wild group to imagine I have to think most of them are voicing CGI aliens. Also joining the cast are Emily Swallow (Supernatural), Omid Abtahl (American Gods), and best of all, Giancarlo Esposito of Breaking Bad, School Daze, The Maze Runner, and so much more. In his case I hope he’s playing a human character and not hidden by digital effects or tons of makeup.

Production is underway now but details remain scarce. We’ve heard of at least one surprising motivation for the Mandalorian’s journey, however there’s nothing in Lucasfilm’s press release that reveals anything further.

The Mandalorian will be exclusive to Disney+ beginning late next year.

Lucasfilm is pleased to announce the cast of the first-ever Star Wars live-action series — The Mandalorian.


“We’re having a great time working with this incredibly talented group and excited for everyone to see what we’re up to,” says Executive Producer Jon Favreau.


The highly-anticipated series will be exclusive to Disney+, The Walt Disney Company’s upcoming direct-to-consumer streaming service, which is set to launch in the U.S. in late 2019.


Stay tuned to StarWars.com for updates.