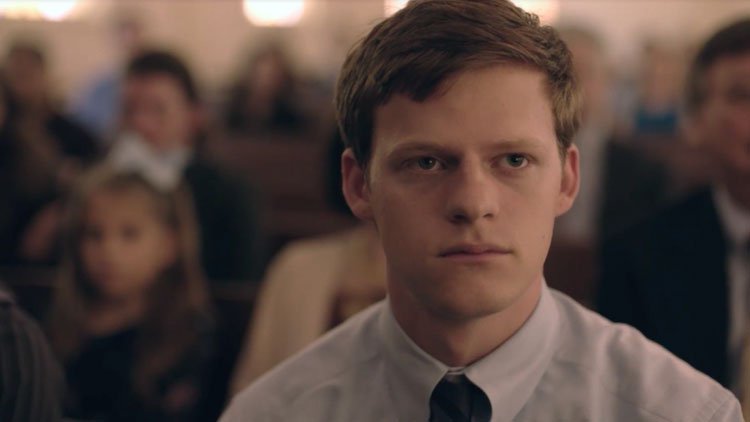 The subject of gay conversion therapy, and the fallacy at its core, has become a popular one of late, with two films about it this year alone. The first was Chloe Moretz’s The Miseducation of Cameron Post, a solid effort that only suffered from a sarcastic tone and a lack of focus on the struggles of its title character. These aren’t problems that affect Boy Erased, the latest film from actor-director Joel Edgerton, aide by an incredible lead performance by Lucas Hedges, who conveys the fear and confusion of a young man stuck between living his truth, and losing everything he has ever known.

Hedges looks poised for another Oscar nomination, this time for his portrayal of Jared, an 18-year-old college kid coming to grips with his homosexuality. For his father, Marshall (Russell Crowe), a Baptist preacher who runs an auto dealership in their tight-knit conservative community, this is unacceptable. He can’t allow Jared to stay under his roof, so at the advice of two religious elders, he basically threatens to exile his own son from the family and life he knows. Is it any wonder Jared enthusiastically agrees to a 12-day crash course at a gay conversion therapy facility, where he’ll learn to overcome his sinful thoughts? 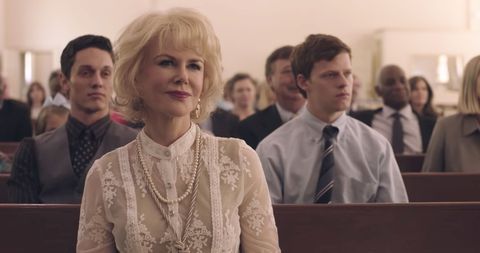 The facility itself is practically anonymous; to see it from the outside you’d never know what was going on inside. It gets worse once you go inside and meet the facility’s lead counselor, Victor Skyles (Edgerton), who preaches fire and brimstone but whose qualifications are dubious at best. Shockingly, the course is hardly rooted in scientific evidence, but we see how Skyles’ approach could be suitable for some but not for others. He believes homosexuality is rooted in failures of the family, whether immediate or distant relatives, and encourages Jared to find blame in his parents. This is when Jared begins to question the program’s veracity, and it doesn’t help that the other charges don’t really appear to be improving that much. The worst ones are shunted off to another part of the facility, rarely to be seen

Boy Erased isn’t so much about Jared’s coming to grips with who he is; it’s about his attempts to find common ground with his parents. The best scenes are interactions between Jared and his mother, Nancy (Nicole Kidman), who at all times has her son’s best interests at heart. Her view of what that is evolves over the course of the movie, and it’s fair to say she has the most definitive transformation of them all. Kidman is terrific in the role, balancing Nancy’s values, her subservience to Marshall, and her son’s happy future all at once. It’s a difficult character to play and Kidman nails it. 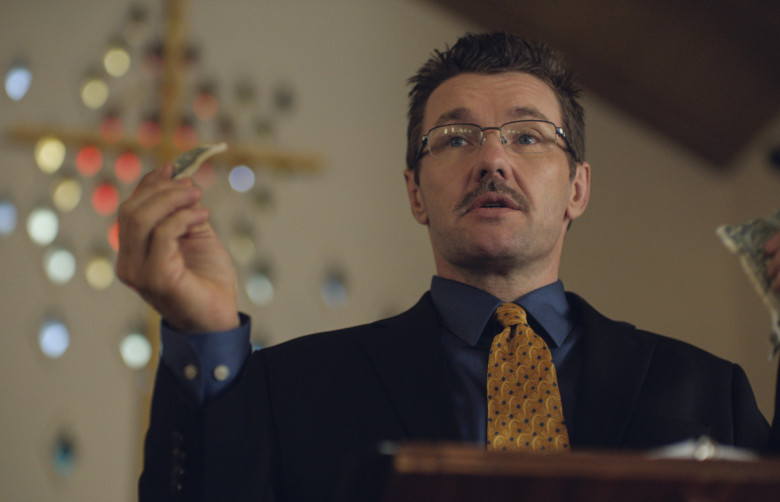 But this movie belongs entirely to Hedges, whose Jared is being torn apart trying to live up to the ideals set by his father. He’s a good kid, played basketball in high school, had a girlfriend, and went to church regularly. Jared did everything his father would have wanted him to do, and Marshall even wanted him to run the business someday. You can see that Jared wants all of these things, and even as he laments the reality of who he really is you can tell it’s tearing him apart.  It’s a tour de force performance and Hedges continues to raise the bar for himself.

Sincerity and empathy course through every frame of Edgerton’s film, but you can still see where his relative inexperience as a director is an issue. Too many of the scenes in the conversion center come across as too ridiculous, bordering on comical, which detracts from the gravity of the situation. Granted, the entire idea of changing a person’s sexual preference through speeches and homework assignments is laughably absurd, but it shouldn’t be for the people in such desperation as to be subject to it. Other times Edgerton nails the horror of what Jared is going through just right, as with an encounter with Henry (Joe Alwyn), a college pal whose friendship suddenly turns aggressively violent. Edgerton shoots Henry’s atrocious act like the nightmare it is, and it should be noted that Hedges is particularly amazing in this scene, in capturing Jared’s shock and disappointment. 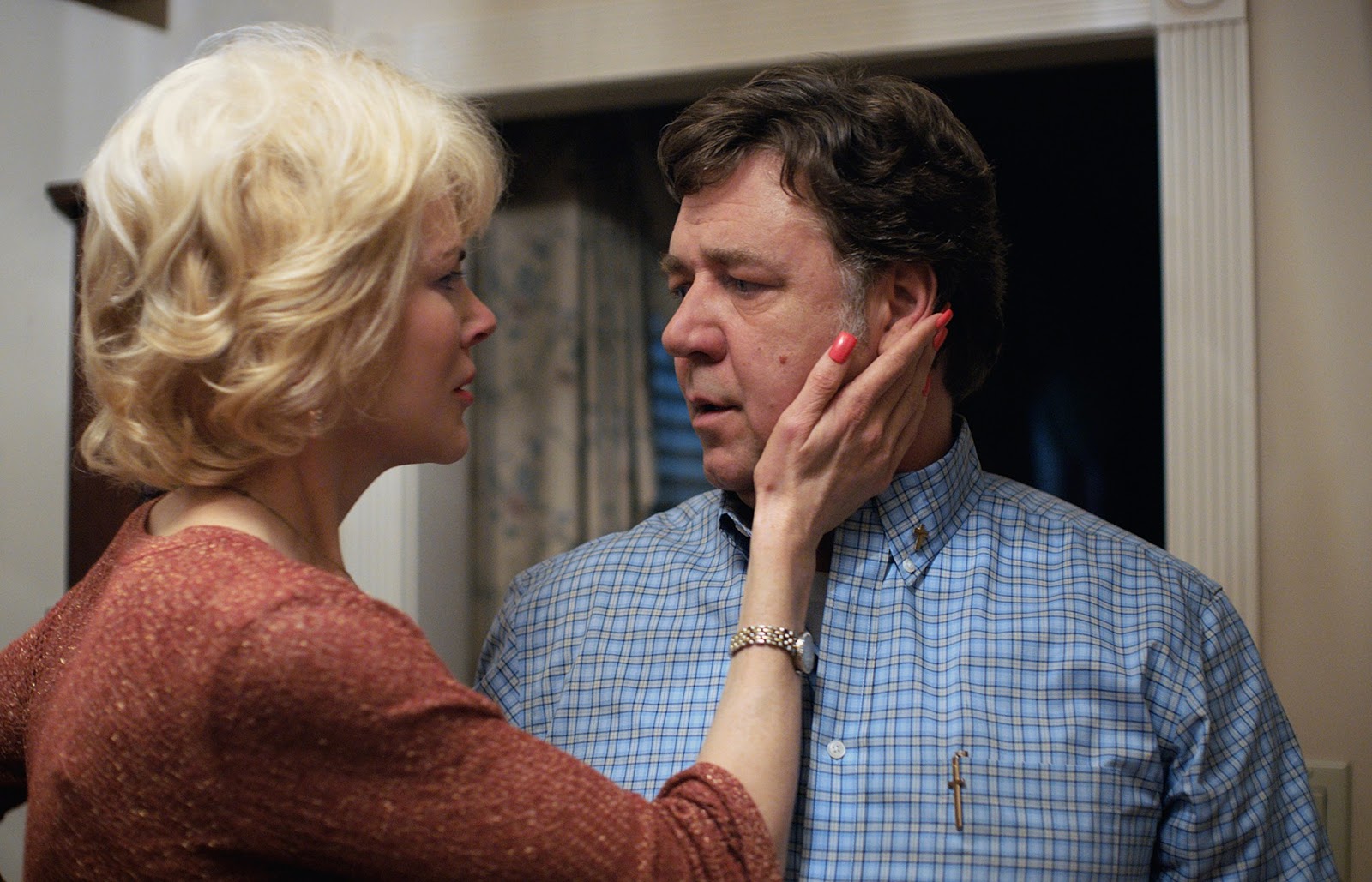 What Boy Erased doesn’t do is look down on those who pin their hopes on conversion therapy’s success. Even when exposing how wrong the practice is it does so with a warmth that has become far too uncommon of late.