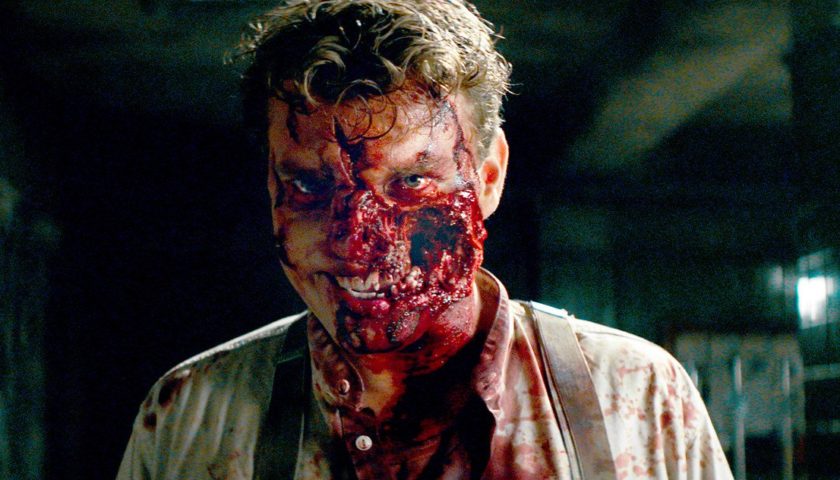 If you ever wanted a live-action version of the Wolfenstein video game, the closest you’re probably going to get is Overlord. The Bad Robot production that thankfully has nothing to do with the Cloverfield franchise (despite initial speculation), follows a small team of Allied soldiers on the eve of D-Day, dropped into enemy territory where they face a horde of Nazi zombies. The B-movie fun and gore of Dead Snow meets the battlefield action of Saving Private Ryan for a unique genre hybrid that will be one of the most satisfying experiences you’ll have this year. 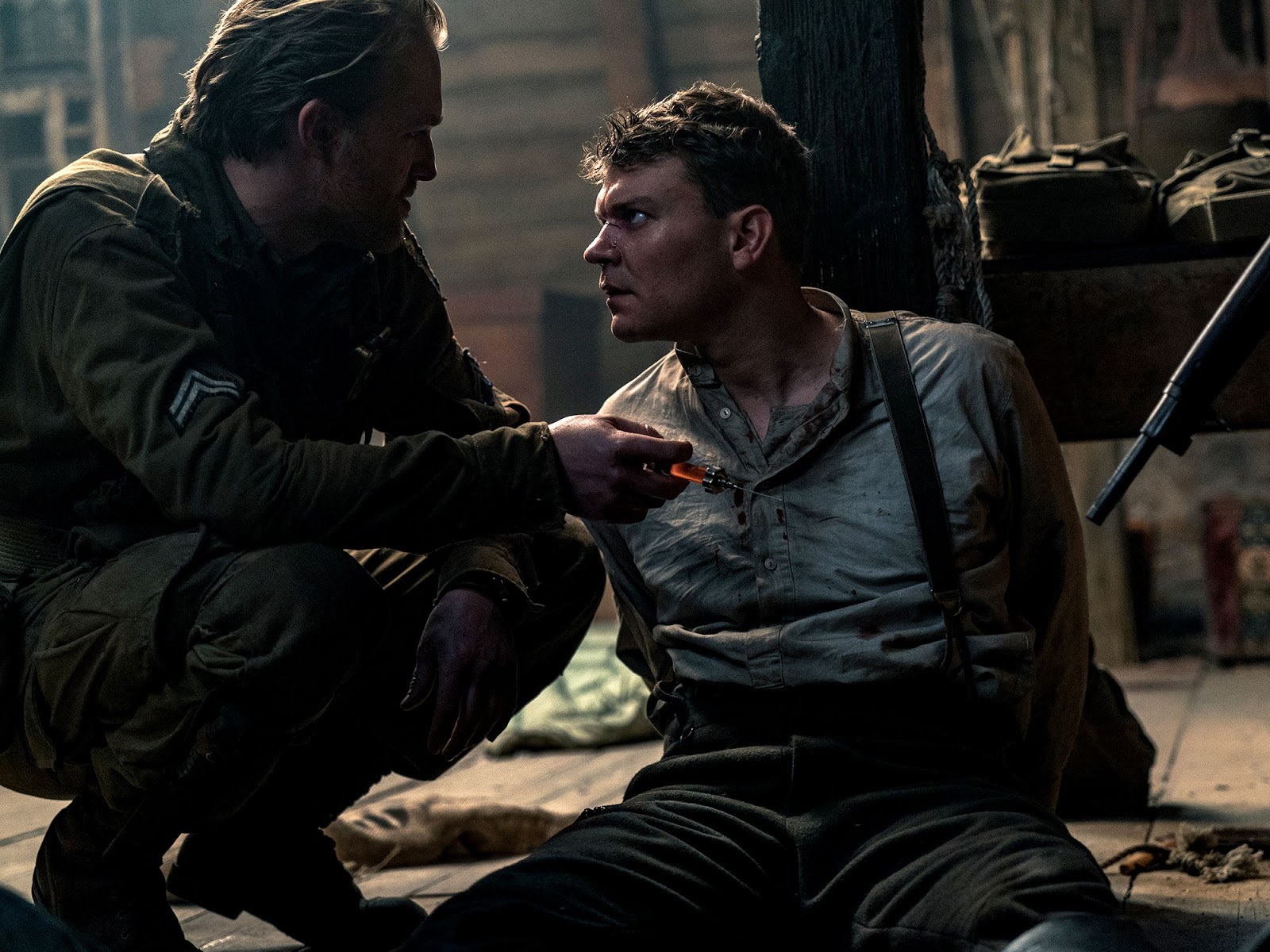 Directed by Julius Avery, whose previous film Son of a Gun would not inspire a lot of confidence, Overlord is nevertheless an expertly crafted mix of styles. The themes and structure of a traditional war film collide with the gruesome frights of a horror, making for an insanely thrilling experience from start to finish. The funny thing is, for at least half of the movie you’d think it was just another look at WWII’s Operation: Overlord. The vintage title credits amplifying the period setting and tone, Overlord even begins with what appears to be the storming of Normandy, but this doesn’t go as we expect. In an incredibly exhilarating sequence, a single transport plane carrying the 101st Airborne takes enemy fire and practically explodes. Avery’s camera captures the pandemonium of the moment; screams, death, vomit, blood, and eventually escape through the air, but it’s like leaping from the frying pan right into the fire. 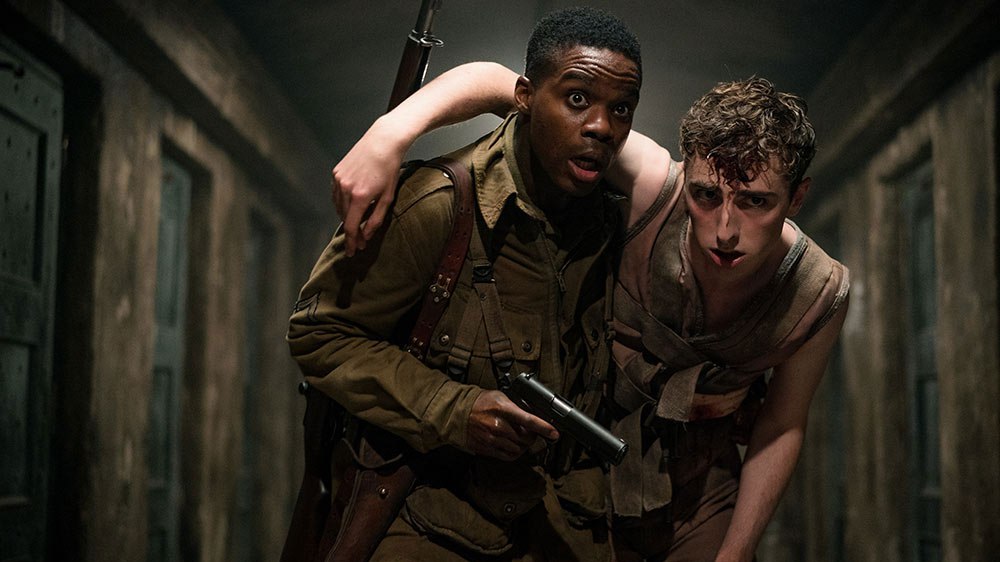 What’s great about Overlord is how it exceeds expectations in just about every way. The first half of the movie is more than just an okay war film, it’s a damn near great one. The soldiers we’re introduced to all fall within familiar archetypes, but the intimate performances and smart script by Billy Ray and Mark L. Smith add unexpected depth and context. Boyce (Fences star Jovan Adepo) is the reluctant warrior, plucked unexpectedly from obscurity and thrust into service by the draft; Cpl. Ford (Wyatt Russell) is the quiet, enigmatic explosives expert with a troubled past and penchant for violence; peaceful (meaning doomed) photographer Chase (Iain de Caestecker) and the team motor mouth is Tibbet (John Magaro), who doesn’t think Boyce has the stuff to be a killer. They’re tasked with blowing up a radio tower in time for the Allied planes to start dropping bombs. But the tower is located above a church in a tiny village overrun by Nazi forces led by Wafner (Pilou Asbaek), who is also kidnapping residents for a mysterious purpose.  Avery ratchets up some terrific tension as the unit is shacked up in the home of Chloe (Mathilde Ollivier), a local who hates the Nazis, and the gross Wafner in particular, more than just about anybody. She also has a precocious little brother, and an aunt who has had something awful done to her by Wafner’s scientists. 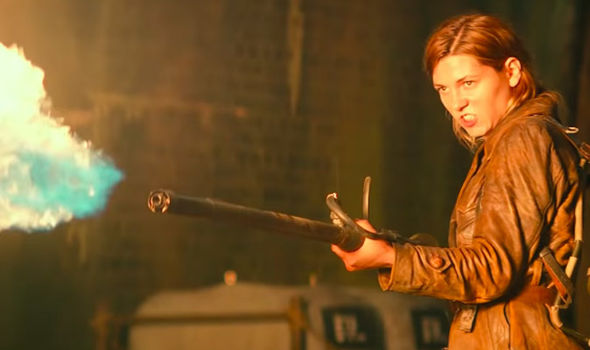 The lines of morality are always being considered, and are often crossed in pursuit of what one claims to be right. Of course the Nazis are evil sons of bitches, and the Mengele-esque experiments they conduct are disgusting, but are the Allies really any better? It’s a question Boyce is forced to ponder after Ford takes brutal license against an enemy soldier. These conundrums keep Overlord moving during those tense moments between the latter stuff designed to freak you the Hell out. And freak you out they will. If you’re of a more sadistic persuasion Overlord has what you need. The experiments conducted by Wafner’s mad geniuses result in some grotesque, bone-snapping transformation. The skin tears, the veins pop, and things come alive that simply shouldn’t be alive. If you’ve got an easy gag reflex just consider yourself warned. Cinematographers Fabian Wagner and Laurie rose create some truly vital imagery, including a shot of Chloe with a flamethrower that could become as iconic as Ripley in her power loader. 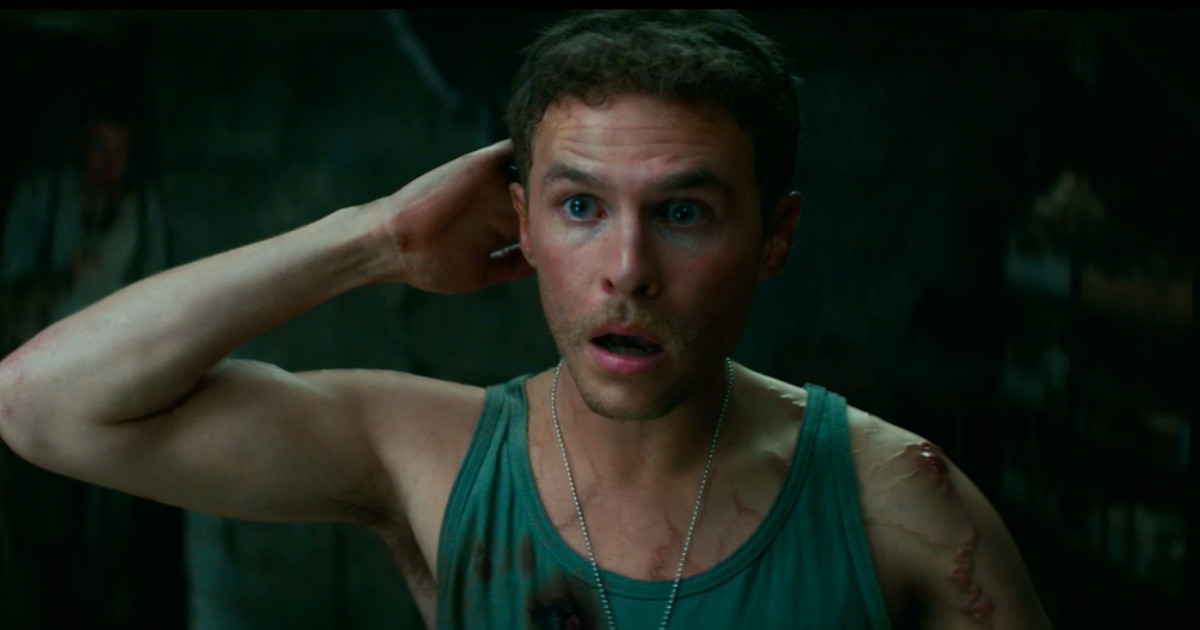 Just when you think Overlord can’t get any crazier, Avery cranks it up another notch.  Those exhilarating heights aren’t sustainable forever, and the ending, which takes itself far too seriously, falls a bit short. It’s just incredibly satisfying to see a genre film with this much ambition to excel in every facet, when so many others are content to be average.