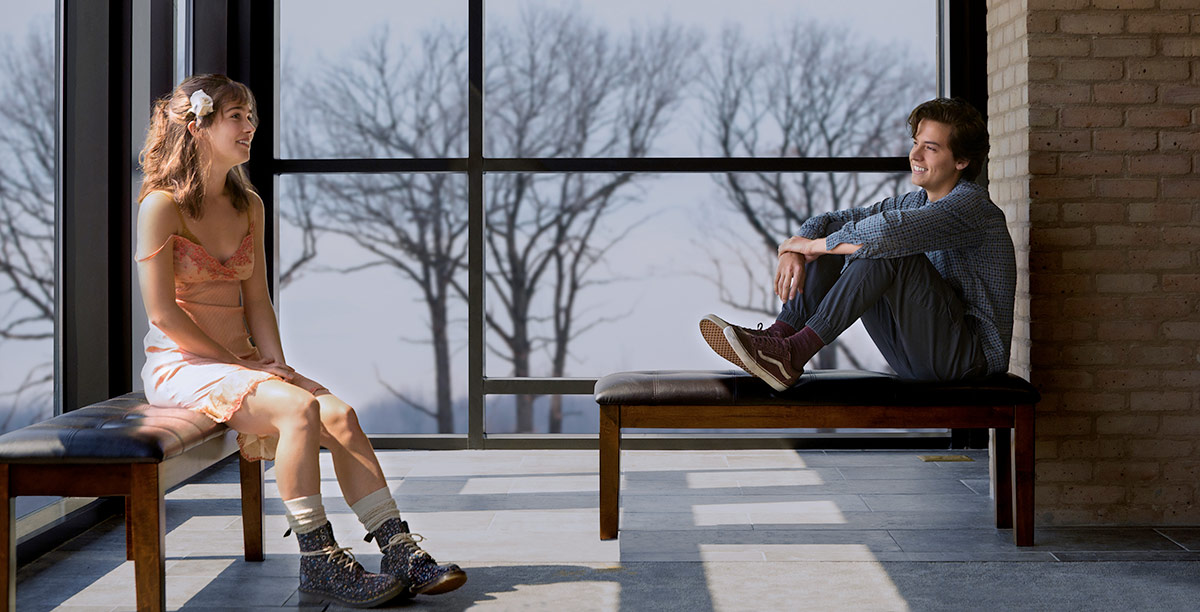 Uh oh, get your Kleenex ready. It’s time for another tearjerker romance about star-crossed lovers with terminal illnesses. While all of these films have a certain formula to follow, the best of them have an incredible lead romantic pair, and Five Feet Apart definitely has that with Columbus star Haley Lu Richardson and Riverdale‘s Cole “Jughead” Sprouse.

Marking the directorial debut of Jane the Virgin actor Justin Baldoni, the film centers on two teens with cystic fibrosis who meet and fall in love, even though they can’t get within five feet of one another due to the disease. The cast also includes Moises Arias (The Kings of Summer), Parminder Nagra (Bend it like Beckham), and Claire Forlani (Mallrats).

I’ve only seen bits and pieces of Riverdale so my exposure to Sprouse is fairly limited. I remember him as the kid opposite Adam Sandler in Big Daddy, but something tells me he’s grown as an actor since then?  However, I’ve heard the acclaim for his work and he appears to be the real deal. Richardson has been incredible in practically everything of late, from her Gotham Award-nominated performance in Columbus, to her work in Support the Girls and Split.