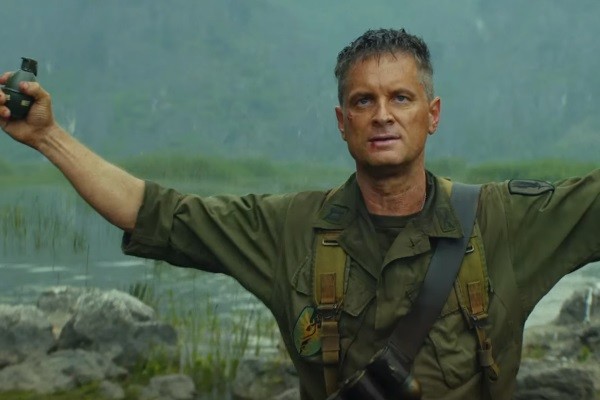 Remember when Todd Phillips’ Joker movie sounded like an awful idea? Yeah, well that was before Joaquin Phoenix came aboard to play the Clown Prince of Crime, and he was surrounded by a tremendous cast of legends and character actors. Things are going so well Warner Bros. felt confident enough to move Wonder Woman 1984 to the following year, leaving Joker as one of only two DCEU movies in 2019.

Just one of the many reasons to look forward to this ’80s-set Joker origin story is a member of the supporting cast, Shea Whigham, who until this new interview with Collider was in an unspecified role. He not only reveals what his part is now, but has a lot of praise for the work Phoenix is doing…

“I’ll say this, Bill Camp, from The Night Of, is one of our great actors. He’s finally getting his due. He and I play two cops from Gotham P.D., in 1981 when the city was tough. We’re investigating something that’s just happened, at the start of the piece. We’re trying to get to the bottom of it, and it leads to where it leads to. You know, it’s rare that I’ve been on a set where it feels like it crackles. It’s pretty amazing…I want to have an experience. I don’t call it a job. I don’t say that I have a job. I have a gig, or a piece, or a film, or a show, but it’s never a job… We’re having an experience on Joker.”

“We’re in the middle of it, right now. It’s intense. For me, it’s as good as it gets. I’m flowing back and forth between television and film, and it’s not lost on me, to work with Joaquin [Phoenix] and to see what he’s doing. And Todd Phillips has put this amazing script together It’s the origin story. People haven’t seen how the Joker becomes the Joker, and oh, my God, man, it’s incredible. It really is.”

Clearly he’s being deliberately cloudy here, except when talking about the performances of Camp and Phoenix. Camp can be seen right now in Paul Dano’s directorial debut, Wildlife, while Phoenix has been seen in four movies this year already: Mary Magdalene, Don’t Worry He Won’t Get Far On Foot, You Were Never Really Here, and The Sisters Brothers.

Joker hits theaters on October 4th 2019, and everything we’ve seen makes me think Phoenix is going to give us a take on the character we’ve never experienced before.