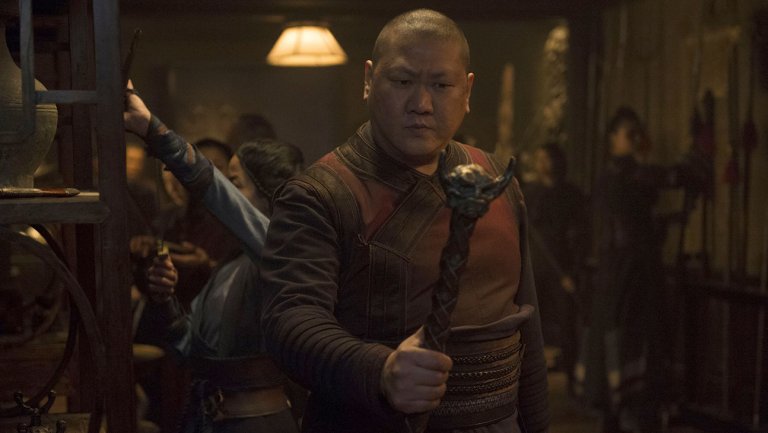 Wong played a big role in the first half of Avengers: Infinity War, before taking leave before the big battles really began. However it seems he managed to not get turned into dust like Doctor Strange did, and will be around to help take on Thanos in Avengers 4.

Speaking at a fan convention in Vancouver, Benedict Wong confirmed that he’s shot some scenes for the upcoming Avengers sequel. Presumably these are real scenes and not fake ones meant to confuse the hovering press.  It’s also possible Wong is seen in flashback or is just somebody else needing to be saved. Marvel has really done an extraordinary job keeping so much of the story secret considering how many eyes were on every phase of the shoot.

Wong also seems to think a Doctor Strange sequel is approaching faster than previously thought. While a spring start had been talked about before, the actor says he thinks it will kick off at the end of this year. That’s roughly around the time booked for Guardians of the Galaxy 3 before it got shelved, and if true this suggests Marvel is reshuffling the decks considerably.  It would also make sense to move up Doctor Strange 2 if the character is to take a more prominent future role, as many expect him to.

For now, look for Wong and Doctor Strange to appear in Avengers 4 (just give us the title already!) in May 2019.

Benedict Wong is coy in his fate after #AvengersInfinityWars but said he did film stuff for the sequel. And he hopes to start filming #doctorStrange 2 at the end of the year. #FXV18 @FANEXPOVAN pic.twitter.com/am4AZE6c8P