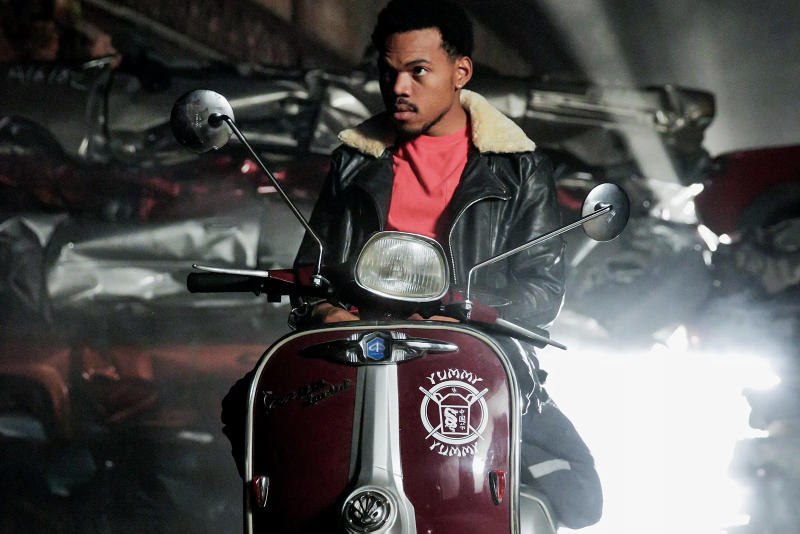 It’s clear right away what writer/director Austin Vesely wants to accomplish with Slice, his campy, B-movie horror that marks the big screen debut of Chance the Rapper. His deep love of horror is evidence, seen in the cheesy retro prosthetics used to create ghosts, ghouls, zombies, witches, and more, all populating a town that could have been ripped straight out of Buffy the Vampire Slayer. And maybe that’s the problem; Vesely loves this stuff so much that he can’t part with any of it. The litany of bizarre ideas and off-the-walls changes in tone would be endurable if there weren’t so many that a clear labor of love is no fun at all.

The  plot is insane as pineapple and anchovies on slice of deep dish. In the town of Kingfisher the human population lives alongside 40,000 ghosts, separated into a section known as Ghost Town. The people have come to accept ghosts, who just look like extras from The Walking Dead, as part of their everyday lives. They even have jobs, like working at a pizza shop that basically sits on top of a Hellmouth. When pizza delivery boys for one particular restaurant start getting killed while delivering in Ghost Town, a group of citizens begin blaming the undead, riling up public support against them.

That’s just a tiny slice of Slice‘s unnecessarily convoluted plot that bogs this 79-minute film down to a halt. There’s also Zazie Beetz as Astrid, the ex-girlfriend of one of the murdered deliverers, who starts investigating the crime in-between delivering pies, or ‘za, as the characters often call it. Chris Parnell plays the town’s goofy, but seemingly upstanding mayor, and Rae Gray is Sadie, an intrepid local reporter sniffing out her own angle on the murders. 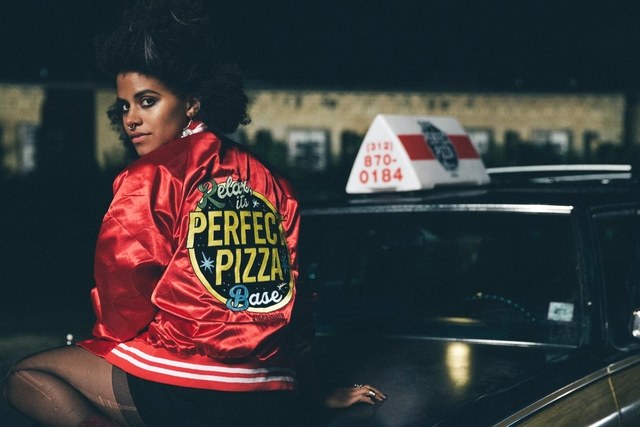 A lot is going on, leaving Vesely barely a moment to clue us in to how things work in Kingfisher. He introduces a local gangster, Big Cheese (Y’Lan Noel), as a potential antagonist but it goes absolutely nowhere. And there are plenty of similar dead ends that cause so much of Slice to fall flat.

You’ll notice I haven’t even gotten to Chance the Rapper’s role yet, and there’s a reason for that. While he may be the most heavily-promoted face in all of the promos, Chance’s role as pacifist werewolf and murder suspect Dax doesn’t get introduced until well into the second act. A smart-aleck wolf who just wants to “deliver high quality Chinese food…REALLY quality Chinese food” rather than eat people, Dax is put in the position of clearing his name and avenging his dead homies from the Yummy Yummy Chinese food joint. Chance isn’t a terrible actor by any means, and he flashes some potential as a comedy act. But he always comes across as trying too hard to express whatever Dax needs to be in that moment. Some of the problem may be Vesely’s strange editing, which lingers too long on Chance, in particular any time a joke is cracked. It’s like he’s waiting for someone to insert the laugh track.  The intent to amuse stretches to the visual gags, which like the script tend to be hit or miss. Vesely doesn’t really do gore, although you do get a lot of slit throats and one case of a ghost with his head flopped to the side after a nasty neck wound. But clearly Vesely isn’t looking to gross anybody out here, perhaps wanting to make it easier for those who want to check out Chance’s big acting debut. 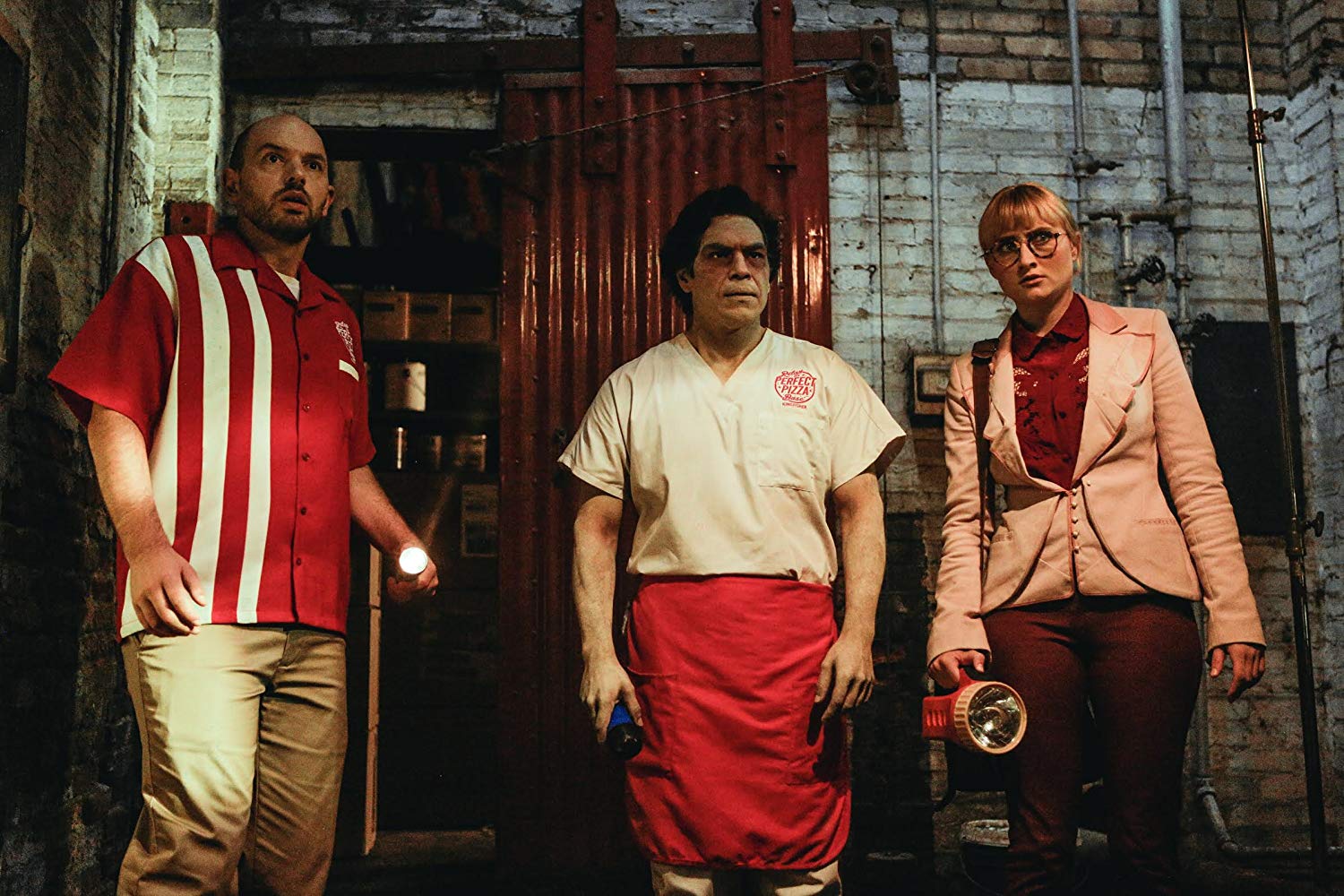 Slice would have been better served with a little more focus on a central character, whether it be Dax, Astrid, or Sadie. None of them get much time to shine, and the lack of a lead character to follow only hurts momentum as Vesely tries to give them all equal time. He gets some quality work from funnypeople like Paul Scheer, Hannibal Buress, and Stranger Things‘ Joe Keery, all cranking up the goofball quotient, but their roles feel heavily edited down, which may be the case given the film’s long gestation period since being shot in 2016 and delayed on at least one occasion. The impression Slice leaves is of a sincere but overstuffed curiosity that will be an interesting footnote in Chance’s career.