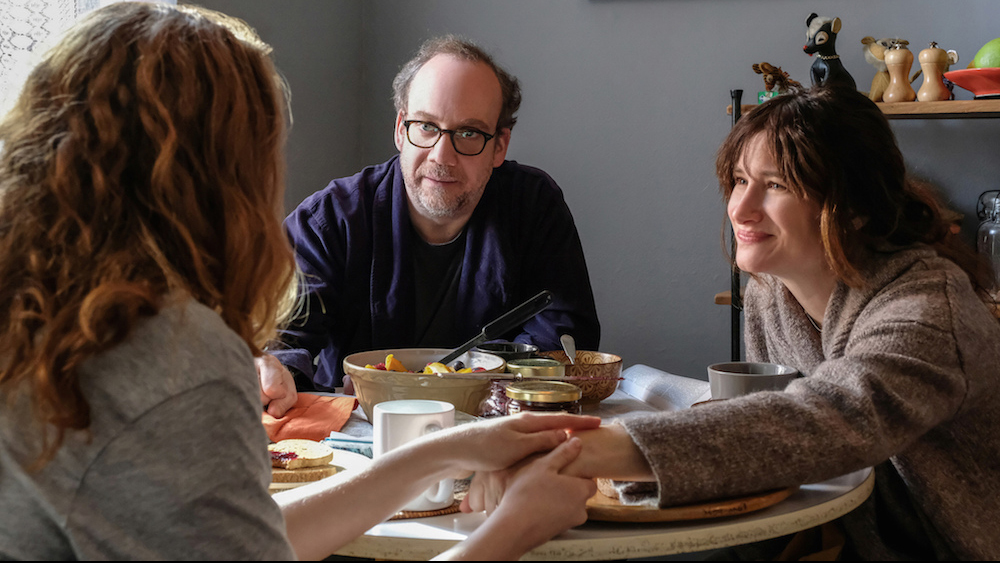 Tamara Jenkins has been making movies since the early ’90s, but in that time she only has three major directing credits to her name: Slums of Beverly Hills, The Savages, and more than a decade later we had her long-awaited drama, Private Life. As for an explanation why the long gap between projects, it probably has something to do with her films exploring life’s most mundane aspects. And while she often does it with biting humor, that doesn’t always make for the most cinematic of experiences.

And so with Private Life that exploration continues, this time with Jenkins pulling from her past troubles with infertility.  Paul Giamatti and Kathryn Hahn play a married couple struggling to have a child by any means, and finding considerable pressure in assisted reproduction and adoption programs.

It’s a film I saw at Sundance and, frankly, forgot about entirely. Other than the performances by Hahn, who continues to be brilliant, and newcomer Kayli Carter, it’s the kind of film that will speak to those who can relate personally with the subject matter. Not sure others will connect with it in the same way. Here’s the synopsis:

The new film from Academy Award-nominated filmmaker Tamara Jenkins (The Savages, Slums of Beverly Hills), PRIVATE LIFE is the bracingly funny and moving story of Richard (Academy Award-nominee Paul Giamatti) and Rachel (Kathryn Hahn), a couple in the throes of infertility who try to maintain their marriage as they descend deeper and deeper into the insular world of assisted reproduction and domestic adoption.  After the emotional and economic upheaval of in vitro fertilization, they’re at the end of their middle-aged rope, but when Sadie (breakout newcomer Kayli Carter), a recent college drop out, re-enters their life, things begin to look up.