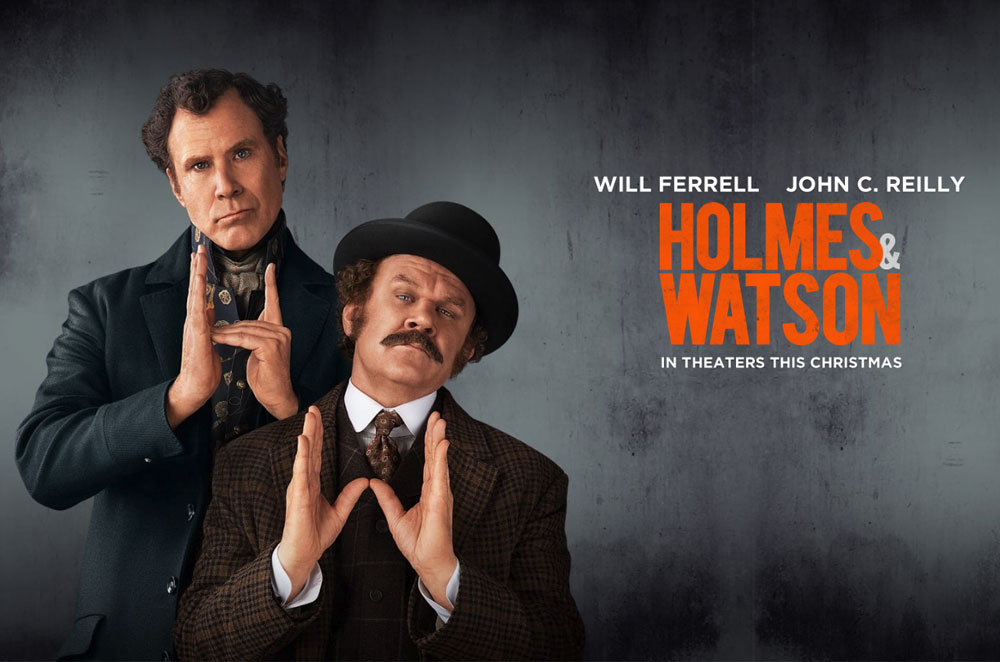 So you may never get the Step Brothers sequel you’ve been asking for since 2008. That’s okay, because the latest pairing of Will Ferrell and John C. Reilly may be even better. Holmes & Watson is a VERY loose adaptation of Sir Arthur Conan Doyle’s Sherlock Holmes books, even looser than those ridiculous Robert Downey Jr./Jude Law movies. And I’ll be damned if it doesn’t look like the best pure comedy either man has had in years.

I mean, how can you go wrong with a film that shows us the first use of the phrase “No shit, Sherlock”?  Yeah, it’s dumb but honestly that’s what I want from these two. The film is directed by Etan Cohen, who worked with Ferrell on Get Hard, and despite that it still looks pretty good. The detective duo will try to solve a mystery involving Holmes’ nemesis, Moriarty, played by Ralph Fiennes in yet another villainous turn. Hugh Laurie plays Holmes’ brother, Mycroft, with Kelly Macdonald as his landlady, Rose Hudson. Also on board are Rebecca Hall as an apparent love interest and Rob Brydon as Inspector Lestrade. Can’t argue with that cast at all.

For WWE fans, keep an eye out for an appearance from Mr. Monster in the Bank himself, Braun Strowman, getting hit by a steel chair! I expect we’ll see that hyped up on Monday Night Raw soon.

Here’s the perfectly brief synopsis: A comedic take on the famed literary characters Sherlock Holmes and Dr. John Watson as they use their brilliant minds to solve a mystery..