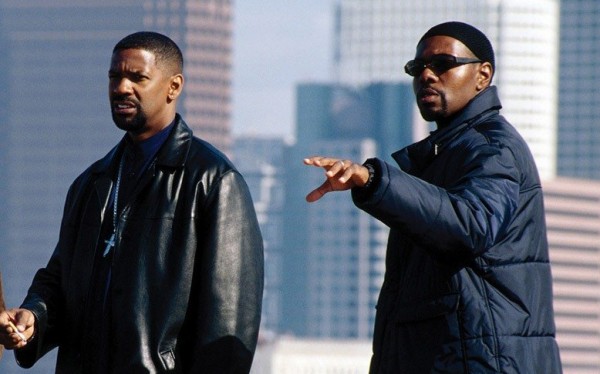 Antoine Fuqua’s been in the news a lot lately, whether it’s for directing Denzel Washington in The Equalizer 2, teasing the actor for a Scarface role or getting the Internet riled up with more Idris Elba as James Bond rumors.  Well now he’s stirring up more chatter, this time about his possible association with Marvel Studios.

The director told HeyUGuys that he’s “probably” going to take a meeting with Marvel about an upcoming film, but of course he failed to say which one. What he did talk about were some of the concerns he has about it, and basically it comes down to control and whether he has it, or if Marvel does…
“For me it has to be the right one, in the right situation because there’s so much visual effects going on and – ‘Where’s the director in it all?’ I need to understand it because it’s like management…they have a machine, they’ve got people, there’s the design, the whole thing is sketched out[…]Is the director doing that? Or is it a hundred other people?”

I think his concerns are the same every independent-minded director has joining Marvel. I’m willing to bet James Gunn, Taika Waititi, and others have mulled these things over in their minds before agreeing to become part of the Marvel machine. Sometimes there just isn’t a fit, and we only need to look at the Edgar Wright/Ant-Man situation to see how that can go.
My gut tells me if Fuqua were to join with Marvel for anything it would be on a Blade relaunch. He’s familiar with Wesley Snipes from their work together on Brooklyn’s Finest, and it’s a character he has talked about in the past. He was previously said to be up for Sony’s Morbius film but turned it down, so he’s not just going to take anything thrown his way. That’s never been Fuqua’s style, and I don’t expect he’ll make any superhero movie unless it’s perfect…and maybe has the perfect role for his pal Denzel.