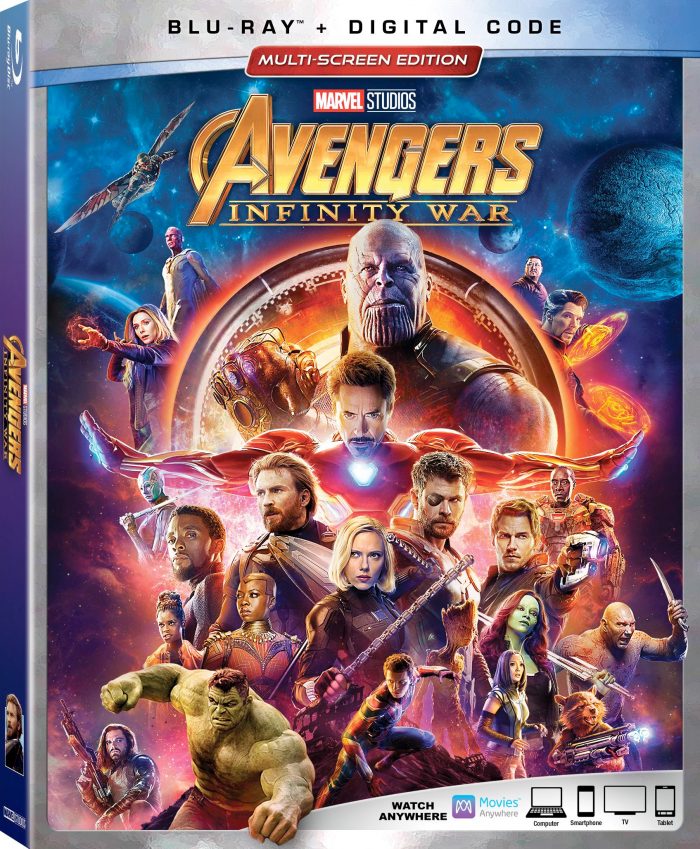 Pretty soon you’ll be able to watch over and over as Thanos destroys the Marvel Universe with a snap of his fingers. The digital and Blu-Ray release of Avengers: Infinity War is right around the corner, and today we have the trailer along with a full list of special features.

Chances are Infinity War will still be in theaters when it arrives digitally on July 31st (preordert it here), and possibly even when the Blu-Ray/DVD combo packs hit shelves on August 7th. Those who pre-order the digital version will be treated to an exclusive featurette with MCU directors Anthony and Joe Russo (Avengers: Infinity War), Jon Favreau (Iron Man), Joss Whedon (The Avengers), James Gunn (Guardians of the Galaxy), Ryan Coogler (Black Panther), Peyton Reed (Ant-Man) and Taika Waititi (Thor: Ragnarok) discussing their contributions to the MCU. Other features include behind-the-scenes featurettes, deleted scenes, gag reels, and audio commentary.