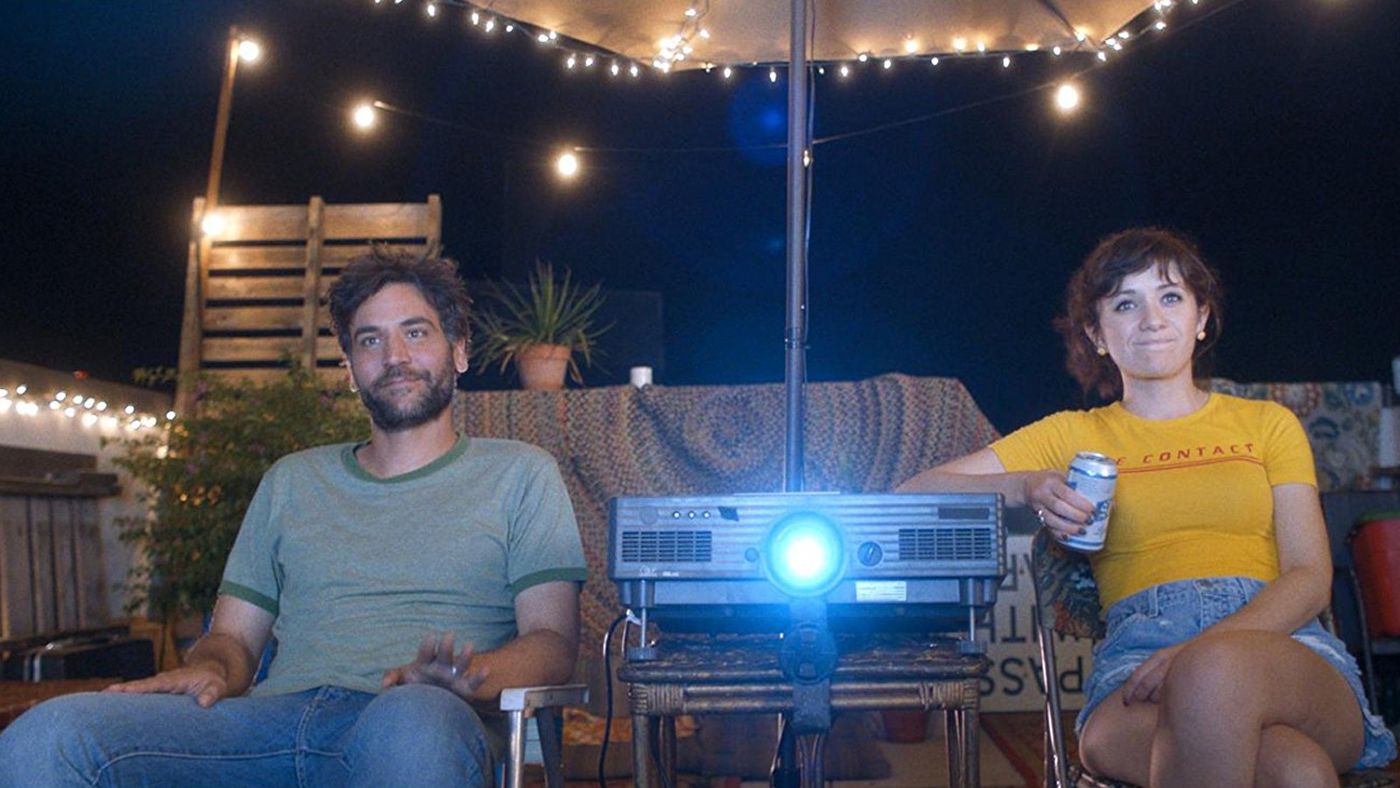 The movie Social Animals was a bit of weird conundrum for me. While it does a great job of setting itself a part from the run of the mill indie, romantic comedy by creating a worthwhile story, decently developed characters, and good acting; the movie does, at the same time, fall into a lot of the same tropes that can be found within the genre that aren’t necessarily executed well.

The movie mainly follows the intertwined lives of three characters: Zoe, a stoner, who is operating a failing business, and has never been in love; Paul, a stay-at-home husband and father who is trying so desperately to salvage any bit of attraction that is left in his marriage (and also the marriage itself); and his wife Jane, a rigid, full-time Lawyer that supports the family, who in all seriousness one night suggests to her husband that he go out and have an affair after turning down his advances for the umpteenth time.

Noël Wells, as Zoe, does a phenomenal job of bringing to life her quirky, wayward, and quick-witted character without it feeling over the top and/or inauthentic – I think that she’s truly in her element when it comes to playing these kinds of roles. As the movie progresses and we get to see her character letting her guard down, becoming more open to the idea of actually loving someone, by way of her relationship with Paul, the seemingly effortless performance that Noël has given up until that point is only amplified as we get to see her then playing off of someone else in this flirty, teenaged girl-crushing kind of way; the chemistry between the two was unmistakable.

In terms of Josh Radner and Aya Cash as the troubled couple Paul and Jane, I found myself to be incredibly enthralled by their story because of how honest and real it all felt. Though, one may not necessarily hear of a partner suggesting to their significant other that they go out and have an affair, I can appreciate the rawness of the emotions and thoughts that accompanied and followed that decision. Watching their relationship play out over the course of the movie, while at times was frustrating, also gave for a more complex and nuanced look at the kind of married life that we know happens way too often, but that we would rather not look at and/or discuss.

With all that being said, as I previously mentioned, the movie still does have it flaws and those flaws, I believe, more so stem from the fact that the filmmakers felt the need to add in elements from the romantic comedy genre simply because the movie itself is a romantic comedy.

Every rom com is meant to have that tell it like it is and extroverted friend that is meant to bring the comedy. In this movie, that role went to Fortune Feimster, but unfortunately much of her scenes did anything but. Her acting wasn’t that great; the jokes (I could tell) relied too much on improv or the “because we know she’s a comedian in real life, we’ll just let her go and edit it down in post” strategy; and her character, in all honesty, didn’t add much to the story itself.

Every rom com, if children are involved, and aren’t the bane of the parent’s existence, also must include a montage that showcases the loving relationship dynamic between parent and child; in this movie that task was of course left to Paul and his kids. Paul is meant to be a stay-at-home dad, but before a montage of Paul tending to his kids that have randomly come down with lice, you wouldn’t really think that that was the case. If anything, this scene and any other that followed that included the children made them appear as huge plots devices that were forgotten about until a lot later in the writing process.

There’s also a subplot that deals with Zoë’s best friend, Claire, and her boyfriend that is withholding sex from her that mirrored too closely to the conflict between Paul and Jane that also didn’t add anything to the story itself and was pretty much forgotten about by the end of the movie. I also, found the editing to be a bit confusing; I didn’t know where we were or what was happening at times. There was too much jumping form scene to scene without a real grounding in the setting of those scenes.

I think that both of the main stories could have worked as separate, standalone movies; and I think that that is a testament to how great of a story that the writers were able to craft when it came to this movie. Yes, it has it’s flaws, but overall I think that the filmmakers did a decent job of creating a genuinely humorous, authentic, and enjoyable look at modern day relationships.

Review: ‘We Broke Up’

‘We Broke Up’ Trailer: Aya Cash And William Jackson Harper Are Forced To Stay Together In New Comedy