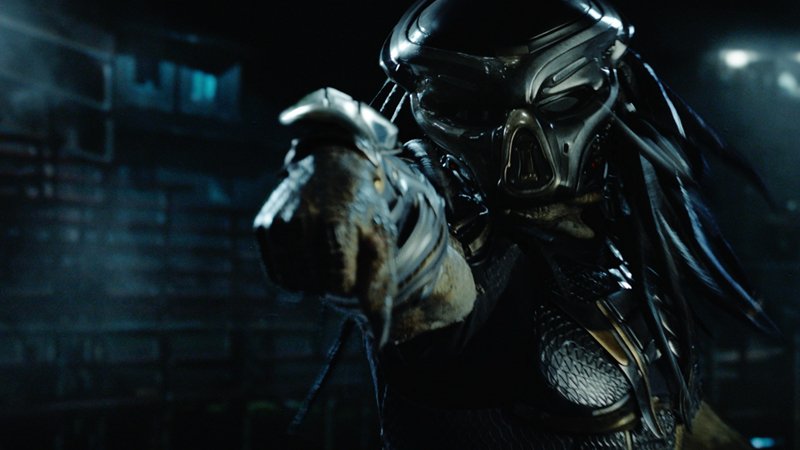 Does it feel like you’ve been waiting a very long time for this, the first trailer for Shane Black’s The Predator? Well, that’s because you have. And so have I, so why beat around the bush? The hunt is on…

I love this trailer, but then I’m a sucker for anything with the Predator in it. The original movie is among my handful of true favorites, and while this could easily be just another reboot/sequel I don’t think that’s the case. First of all it’s co-written and directed by Shane Black, who along with having a role in the 1987 film is also the guy behind Lethal Weapon, Kiss Kiss Bang Bang, The Nice Guys, and Iron Man 3.  He simply does not make crappy films and he wouldn’t have taken this on without a fresh take on the material.

The trailer is cut so that you could almost make the connection between the boy (Jacob Tremblay) playing the Predator gear he receives in the mail (???) and the plane crashing. Then we see a familiar setup of hardened mercenaries taking an “L” at the various bladed weapons of a Predator, while a scientist played by Olivia Munn theorizes about the aliens’ upgrading themselves at every planet they visit. That’s a new wrinkle.  While he doesn’t appear in this footage, Jake Busey has a role as the son of Peter Keyes, who was played by his father Gary Busey in Predator 2. That’s for all you continuity sticklers like me.

Most importantly, this movie looks both scary and action packed, which is exactly what it should be. I can’t wait.