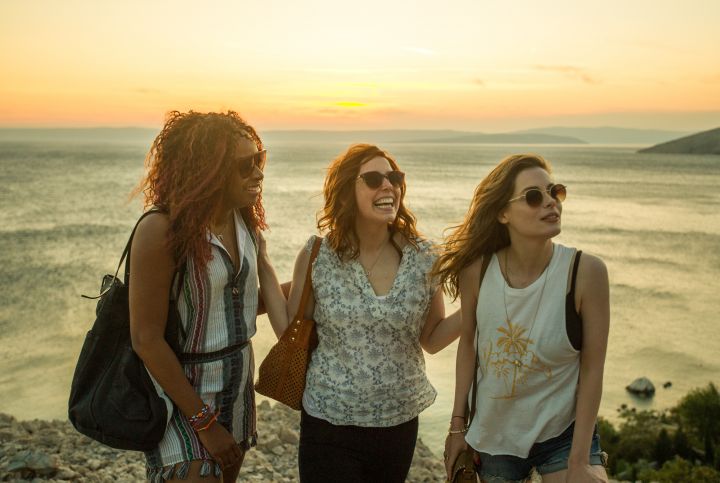 Netflix, you had me at Gillian Jacobs and Vanessa Bayer. Ever since the comedy Ibiza was announced last year it has been the movie most at the front of my mind because of its hilarious leading ladies. I’ll watch both of them in anything, I don’t care what it is.  And now today the first trailer has arrived and excuse me while I put it in a loop.

Jacobs, Bayer, and Phoebe Robinson (I Love Dick) star as three friends who fly off to Barcelona for a work trip, only for one Jacobs’ character to fall in love with a hot DJ played by Game of Thrones’ Richard Madden. On a whim she ditches work and follows him to Ibiza, where shit goes cray cray.  The reasoning for the rash decision is sound, too…

“Some people land on the moon. Others cure diseases. You smash this DJ.”


Yeah, try and debate THAT!

Okay it looks like Rough Night and Sleepover had a Netflix comedy baby but so what? There can never be enough of Bayer acting like the resident goofball and I’ve missed her since she left SNL.

Directed by Alex Richanbach from a screenplay by Lauryn Kahn, Ibiza hits Netflix on May 25th.