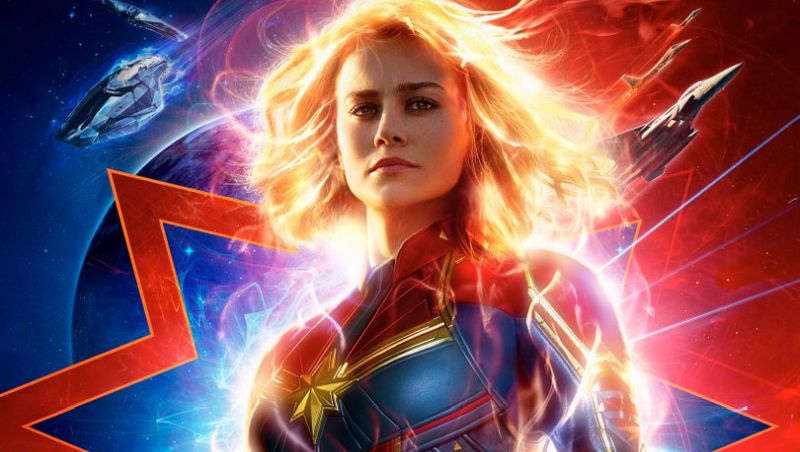 Wow…I’d really hate to be Thanos right about now.

During halftime on Thursday Night Football we got the second trailer for Marvel’s upcoming ‘Captain Marvel’ which we’ve all been dying for more of since we first saw that logo show up on Nick Fury’s pager at the end of Infinity War. Seeing as those not into the source comics had/have little to no idea who Carol Danvers aka Captain Marvel is, it was a little surprising that they went so light on the overall picture in the first trailer using that opportunity to setup the time period (what’s up 90’s!) and show off their de-aging process with Nick Fury and Phil Coulson. Well, if you were one of those folks who were still wondering what was so special about the first lady of Marvel, you have your answer.

The trailer wastes no time introducing the main baddies of the flick, the Skrulls, right away (making sense of that old-lady punching scene from the first trailer for the uninitiated). From there a breathtaking view of the Marvel galaxy as we find out a bit about Danver’s backstory, that she was found and saved by the Kree and turned into one of their best warriors. We’re given great looks at Jude Law’s as of yet unnamed character. This is a Marvel trailer after all so the story reveal is a BIG second to the main act, Captain Marvel’s powers on FULL display. There is little question after watching this why Fury went right to that pager, she is bad-ass on a level we haven’t seen before, flying through space blasting ships out of the sky with energy pulses from her hands. One things for sure, there’s going to be one hell of a throw down when Avengers 4 comes out

**Bonus points for turning her comic’s Mohawk look into a cool feature of her suit.

Check it out below and look for Captain Marvel in theaters this March.