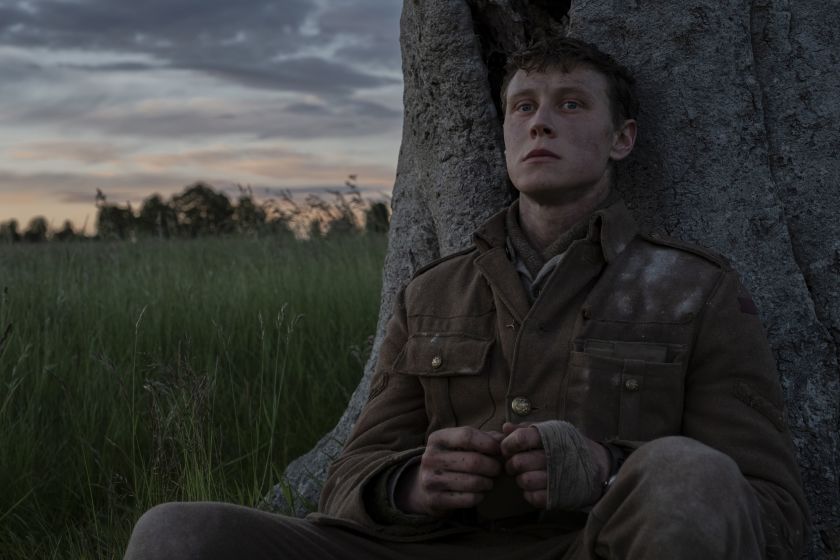 Later today I’ll be donning my tux, when I’d rather be wearing jeans and a wrestling tee, and heading out to the Arlington Cinema ‘n Drafthouse to host a party for the 2020 Academy Awards. Only on these nights does six hours feel like 287, give or take a few. At least the Drafthouse has good nachos. This year’s Oscars, the second straight without a proper host, isn’t expected to have many surprises. The showdown of the night is in the Best Picture race where South Korean sensation Parasite faces Sam Mendes’ WWI thriller 1917. I don’t know if we’ve seen a pair of frontrunners this close in a while, although there is common wisdom that is telling us who to expect to win.

I don’t recommend using my predictions as a basis for your own Oscar picks, or to fill out any fantasy pools or whatever. My track record suuuuuucks, and there’s a chance my first pick will bust your bracket right out of the gate. Happens every year to me during March Madness, too.

So here we go. Check out my predictions for tonight’s Oscars. And if you want to attend the largest, always-sell-out Oscar Night Party in the DMV, just go here.  Thanks!

I know, I know! We’re supposed to pick 1917! It was my #1 movie of 2019, and I continue to agree with myself on that. It’s had a Helluva run lately with the guild awards, not to mention crushing the BAFTAs. But come on, admit it. Some small part of you feels that we could be seeing a Parasite upset. If we’re thinking with our heads, 1917 is the easy choice. But Parasite is the classic “thinking with your heart” pick. It has buzz, audiences have taken to it the way they’ve taken to no international movie in ages, demand is so high it’s spawning a TV series. And at a time when the Academy’s taking heat for its too white, too male nominations, it’s a movie that would easily upend that narrative.

>sigh< Why are Todd Phillips and Martin Scorsese even here? Can we replace them with Midsommar‘s Ari Aster and The Lighthouse‘s Robert Eggers, please? Anyway, I think Sam Mendes has this one on lock for 1917, regardless of how the Best Picture category turns out. So we could be seeing a lot of Mendes towards the end of the night, and he would deserve it. His film is a marvel of technical skill and craft, and the kind of bold effort that few attempt and even fewer succeed at.

As sure of a thing as you’re going to find this year (other than Zellweger, perhaps), Joaquin Phoenix’s transformative performance in Joker is the only one people have not stopped talking about, even as the movie has faced some backlash. There’s been no slip in momentum or buzz, and even though Adam Driver turned a lot of heads in Marriage Story, it never stood a chance. Nothing else really did. A shame because everybody here is so damn good and could’ve won in a different year.

The other lock ’em up choice is Renee Zellweger as a struggling late-in-life Judy Garland in Judy. This is another one that has been sewn up for ages, and Zellweger has seen benefit from competitors whose roles seem like they were meant for the Best Supporting category. The only exception to that is Cynthia Erivo for Harriet, and frankly, that movie just isn’t very good and she is serviceable at best.

Tom Hanks, A Beautiful Day in the Neighborhood
Brad Pitt, Once Upon a Time…in Hollywood-WINNER
Anthony Hopkins, The Two Popes
Al Pacino, The Irishman
Joe Pesci, The Irishman

Brad Pitt will finally win that elusive first acting Oscar (he has one as a producer on 12 Years a Slave) for his intensely cool role in Once Upon a Time…in Hollywood. Sorry, Ad Astra fans, no dice. At the start of the year this seemed like a shoe-in for Hanks as Mister Rogers, but the middling response to that movie killed those hopes. What do you get when you multiple 2 x 0?  You get the number of wins The Irishman will get in this category, and probably for the entire night.

So here’s the thing, Laura Dern has this one lock, stock, and barrel. No doubt. But there’s a ringing in my ear that is either Tinnitus or ScarJo creeping up the frontrunner for Jojo Rabbit. I don’t know if anybody had as gut-wrenching a scene through the entire year as Johansson did, and you know the one I’m talking about. Dern is good, great even, but do you sit around thinking about her character in Marriage Story? Probably not. But if Jojo Rabbit is a topic of conversation, it will inevitably lead to Johansson. Just sayin’. Don’t be shocked.

Yeah, I’m calling for the upset here. Hear me out. Tarantino has won this award enough already, Parasite is going to be honored in a big way elsewhere, and I feel that this will be the Academy’s way of showing some love to Kniives Out, a mainstream film that killed at the box office and has a fan-favorite director in Rian Johnson. They want to look cool, too, y’know?

While I would love for my new best friend Anthony McCarten to win for The Two Popes (he’s been nominated twice already), it’ll take divine intervention for it to happen this time. This seems to be a two-horse race between Waititi and Gerwig. Both are deserving, both have added something personal to their films that wasn’t on the page. But I feel that Waititi’s movie, which is apparently very different from the source material Caging Skies, has made the most impact, winning big at the Writers Guild and BAFTAs. I don’t buy into this notion the Academy will seek to reward Gerwig with something since she was left out of the Best Director field.

Easy peasy, this one goes to Parasite without anything else even comes close. The only curious thing about this is whether voters see this as an escape valve so they don’t have to give it Best Picture, as well.

And below are the rest of my feature picks, minus any context. I know nothing about the shorts this year, so those are left out.

Klaus-WINNER
Toy Story 4
I Lost My Body
How to Train Your Dragon: The Hidden World
Missing Link

I’m Gonna Love Me Again, Rocketman-WINNER
I Can’t Let You Throw Yourself Away, Toy Story 4
I’m Standing with You, Breakthrough
Into the Unknown, Frozen 2
Stand Up, Harriet

1917-WINNER
Ford v Ferrari
Joker
Once Upon a Time…in Hollywood
Star Wars: The Rise of Skywalker