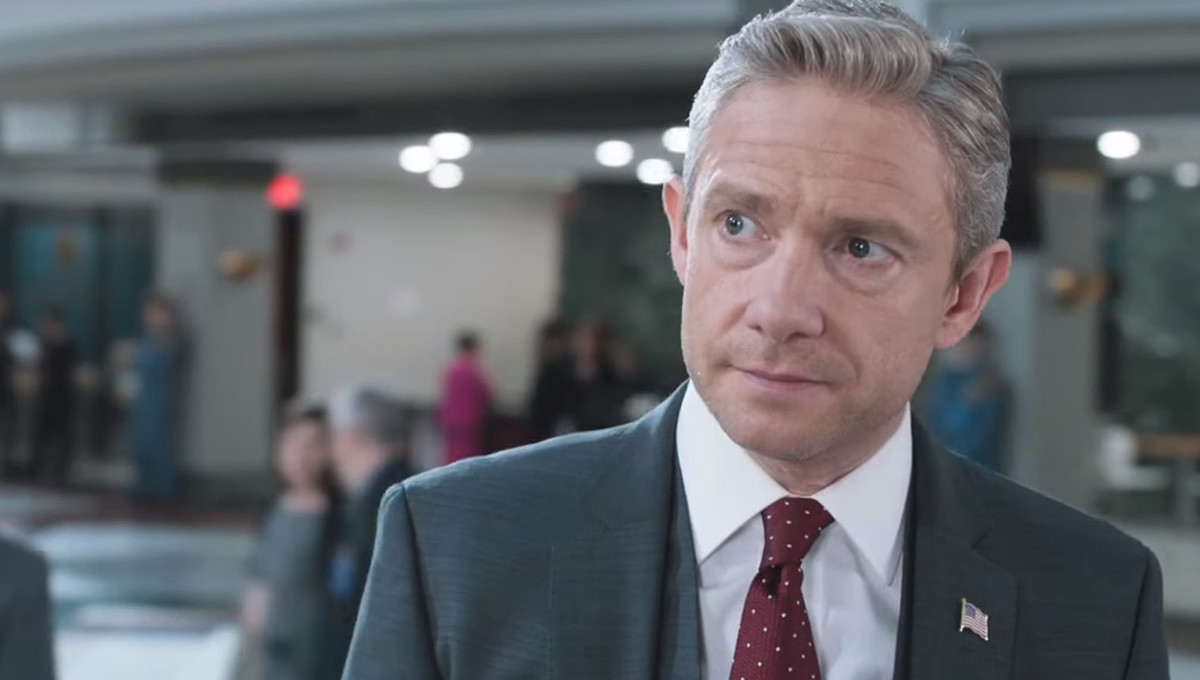 As if Marvel isn’t taking enough of our money they have Black Panther hitting digital release in a few days, and Blu-Ray/DVD a week later. It’s still in theaters and making tons of money! Anyway, Marvel has been dropping deleted scenes pretty regularly, and here is a new one featuring an encounter between T’Challa and Everett K. Ross.

The scene appears to take place at the end of the film when T’Challa is at the United Nations in Austria, preparing to reveal to the world the full extent of Wakanda’s resources. It’s a scene that doesn’t add a whole lot, so it’s easy to see why Ryan Coogler cut it, but there is a pretty funny gag at the end.

Black Panther gets a digital release on May 8th, Blu-Ray/DVD on May 15th.