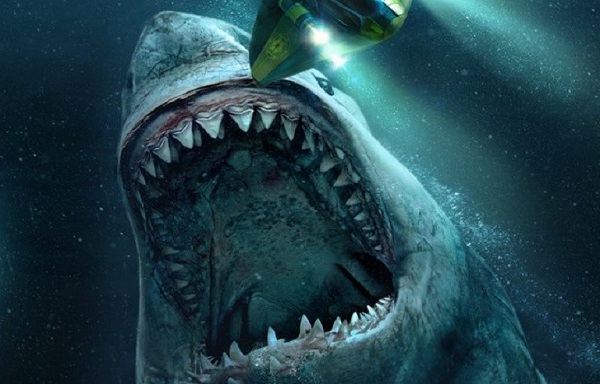 Fans of Steve Alten’s late 90s book Meg: A Novel of Deep Terror have been patiently waiting for this one.  Since 1997, the book about man encountering the prehistoric gigantic Megalodon (a 75-foot-long shark that could swallow a dinosaur) has been in “development hell.”  First Disney had the rights to it, then Eli Roth was going to do an adaptation that sort of petered out.  A few years ago, Warner Bros announced that they were going pull the trigger and finally give us what we want: Jason Statham versus a gigantic shark in The Meg.

While the premise is Syfy Channel worthy at first glance, this $150 million film promises to be exciting.  Directed by Jon Turteltaub, The Meg will feature Jason Statham as he leads a cast consisting of Jessica McNamee, Li Bingbing, Winston Chao, Ruby Rose, Rainn Wilson, Cliff Curtis, and Robert Taylor as they encounter the long-thought extinct beast to rescue a ship down at the bottom of the ocean.