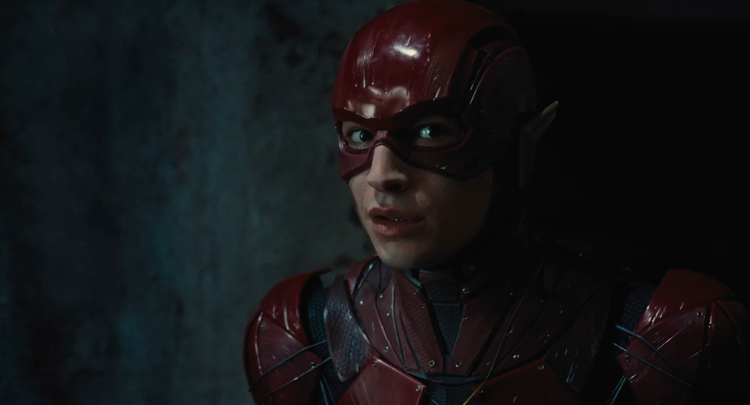 OF COURSE!!! I consider myself one of the few defenders of the Warner Bros./DCEU movies but even I have to admit these jokers have no clue what the Hell they are doing from moment to moment. Hence, we get a bunch of random projects revealed out of the blue, projects that don’t seem to make any sense, and so forth. One of those was Flashpoint, revealed last summer to be the title of The Flash’s standalone flick. Forget all of the troubles they’ve had finding a director for it, titling it Flashpoint was dumb because that is the title of a crucially important Flash story that the DCEU is simply not set up for.

And so it’s not surprising to learn that, hey, the movie might not be titled Flashpoint after all! The news was buried in another THR piece about writer Dan Mazeau who has been hired to adapt Ernest Cline’s Armada. The 2015 novel by the Ready Player One author is basically a riff on The Last Starfighter, centering on a video game champ who discovers the game he’s best at is really a recruiting tool for pilots to stop an alien invasion.

The report then casually drops that Mazeau previously worked on “the Warner Bros.’ Flash movie project when it was titled Flashpoint.”

Oh, okay. While this may seem minor, it really isn’t. Warner Bros. revealed a full logo for the movie, so they were ready to move forward on it. Perhaps they realized that Flashpoint, which features the Flash going back in time and mucking up the timeline in drastic ways, was just too much too soon. Or maybe they’ve decided to title it The Flash: Flashpoint so that audiences know who the heck is in the movie? I don’t know. That does seem to be what THR’s Borys Kit is suggesting in this tweet…

I didn’t say they weren’t adapting Flashpoint. All I said was that it wouldn’t be titled Flashpoint. But maybe I’ve said too much. ?

But remember, there was also speculation that the complicated alternate timeline narrative in the film might be a way for them to write out Ben Affleck’s version of Batman. If the storyline is being changed then that idea is likely out the window.

I don’t know. A big part of me thinks this Flash movie never happens at all, or at least not for a very long time. Why wouldn’t incoming writers/directors John Francis Daly and Jonathan Goldstein want to make the story their own, the same way Matt Reeves has done with The Batman?