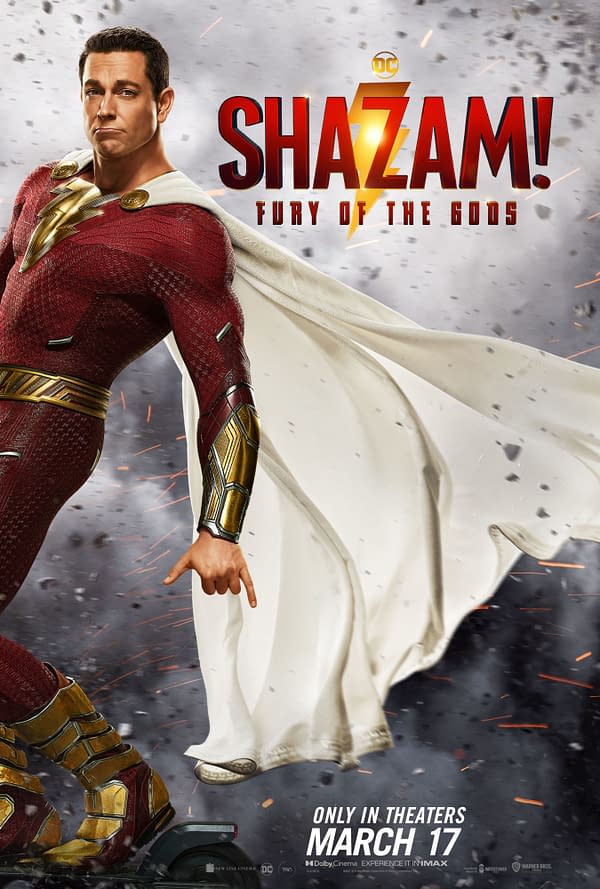 The Shazam corner of the DCU continues to perform well, with Black Adam reaching $319M worldwide so far. With no other major projects this year, that means it’s time to see what’s coming up in 2023. Zachary Levi has dropped the first poster for Shazam: Fury of the Gods, and in keeping with the breezy tone of the first movie, this one is firmly tongue in cheek.

The image looks quite a bit like the poster for the first movie, with some subtle differences. No bubble gum, for one thing. But also, the grown-up Billy Batson is riding a scooter while flashing a hand sign that tells us everything is cool, dude.

Hopefully, DC Studios will drop more images like this one featuring the rest of the Shazam family. Maybe even the villains played by Helen Mirren, Lucy Liu, and Rachel Zegler?

Shazam: Fury of the Gods has been kicked around the schedule since the trailer debuted at Comic-Con last summer. It’s now set to arrive on March 17th 2023.