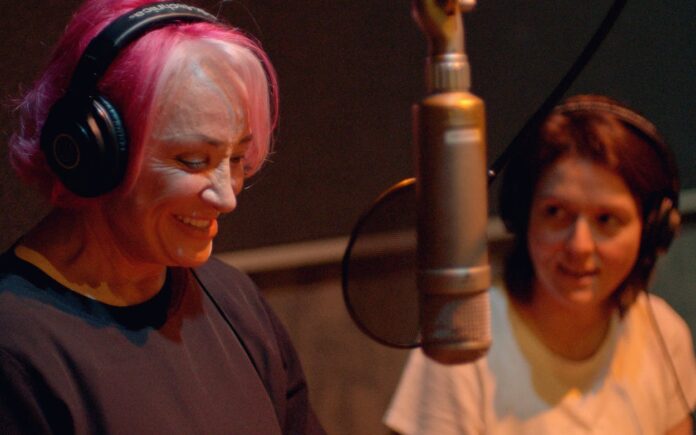 The Return of Tanya Tucker: Featuring Brandi Carlile follows the life of a long-time country singer Tanya Tucker from her earliest start to the “relaunch” of her career after slipping from the spotlight 17 years ago. Musician Brandi Carlile is not just a fan influenced by the music of Tanya Tucker but a strong and supportive friend. Carlile personally takes it upon herself to ignite Tuckers’ career by writing an entire album specifically for the legendary country music artist. Together Carlile and Tucker collaborate on a new album based on her extraordinary life- spurring one of the greatest comebacks in country music history.

Tanya Tucker is utterly captivating, as she displays a richly creative bumpy ride back to the top. Brandi and others encourage Tanya to push past all those worries and fears. Writing, experimenting, and fine-tuning of this new album gently unveil the covered portraits of memories within Tucker, buried so long ago. This documentary film is written/directed/produced by Kathlyn Horan; distributed by Sony Pictures Classics. Interweaving rare archival footage and photographs that delve into her history. One that begins at just nine years old in a single-wide trailer in Seminole, Texas.

Tucker earned her first number-one hit at 13 with the 1972 album Delta Dawn. She earned her first Grammy nomination for Promising Female Vocalist and made the cover of Rolling Stone at 15. She quickly became known as the “wild child” of country music. At age 20, Tucker initiated an unrelenting party streak that led to substance abuse and questionable romantic flings. Her engagement to Glenn Campbell who was twice her age stormed the headlines for weeks. Despite the rocky patch, Tucker followed up with a string of nominations and wins; up until the mid 90s. Following the death of her parents, she dropped from the country music scene and spotlight altogether.

This delicate documentary film is a well-organized exploration of an unexpected friendship between two generations of influentional female musicians. The immediate bond between Tucker and Carlile builds hope and joy of a perfectly timed collaboration that maybe (and just a thought) both of them needed to experience during this point in their lives. The film brilliantly shines appreciation of the past while remaining vitally alive in the present. Even while they keep a close eye on the path headed toward a successful re-emergence. Fans and Viewers will be drawn to Tanya’s extraordinary talent, vibrance, and magnetism as a vocal performer.

The Return of Tanya Tucker: Featuring Brandi Carlile adds poignant context to her present-day scenes. Tanya Tuckers’ performance of (what would be) the final Birthday Bash held for another of Country Music Legendarys’ Star and close friend, Loretta Lynn. Tucker is a magnificent sight and sound to behold. Despite disastrous circumstances, she is blessed with a pass to recovery and redemption. Providing the help of Brandi Carlile and others paving the way to make it happen. Nevertheless Ms. Tucker, though occasionally faltering to her unfiltered vulnerabilities, still has a lot of love, support, fight, and determination left in and around her. That – is truly her ultimate success.