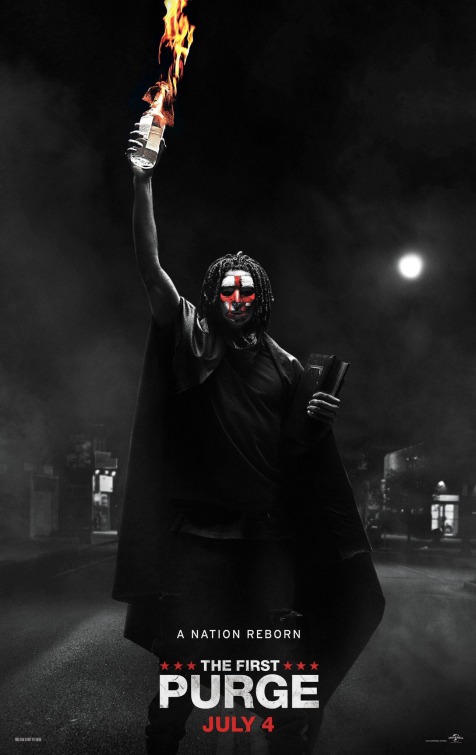 While it may seem unfair, perhaps a little inflammatory, to compare the lawless political climate of The Purge movies to the current occupants of the White House, it doesn’t come from out of thin air. The hit Blumhouse horror franchise has always been overtly political, but with the latest film in the series, The First Purge, explicit comparisons to the Trump era were quite literally drawn.

And it continues in the new trailer for The First Purge, which is a prequel of sorts revealing how our country got so twisted that our government would sanction a 24-hour “holiday” in which all violent crime is legal. Franchise director James DeMonaco sticks around as screenwriter while the talented Gerard McMurray (Burning Sands) takes over behind the camera.  Here’s the synopsis:

Behind every tradition lies a revolution.  Next Independence Day, witness the rise of our country’s 12 hours of annual lawlessness.  Welcome to the movement that began as a simple experiment: The First Purge.


To push the crime rate below one percent for the rest of the year, the New Founding Fathers of America (NFFA) test a sociological theory that vents aggression for one night in one isolated community.  But when the violence of oppressors meets the rage of the marginalized, the contagion will explode from the trial-city borders and spread across the nation.


Marisa Tomei is the biggest name in a cast that includes Y’Lan Noel, Lex Scott Davis, Joivan Wade, and Luna Lauren Velez. Celebrate your independence by checking out The First Purge on July 4th.