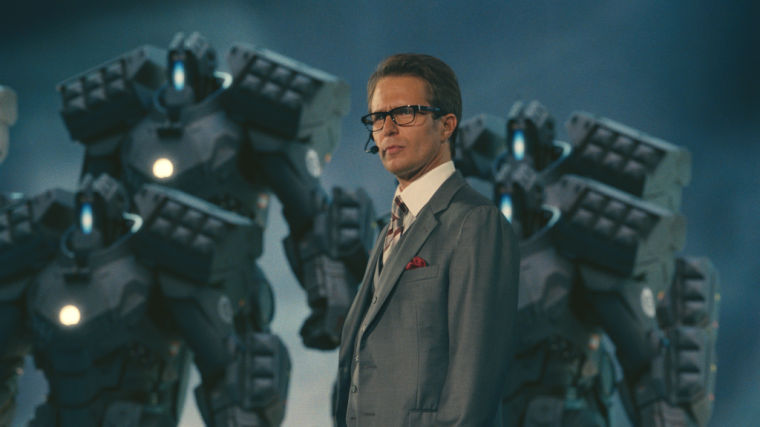 It’ll be an Iron Man 2 reunion on Thor: Ragnarok director Taika Waititi’s upcoming film, Jojo Rabbit. Already having cast Scarlett Johansson for one of the lead roles, she’ll now be joined by Sam Rockwell, who played villain Justin Hammer in the MCU.

Rockwell will play a Nazi captain who runs a Hitler youth camp that attracts a young boy whose imaginary friend is a version of Adolf Hitler.  The boy finds a young Jewish girl hiding in his attic and tries to find ways to get rid of her, but ultimately begins to see her as human.  Johansson will play the boy’s mother while Waititi, who writes and directs the film, voices the imaginary Hitler.

Next up for Rockwell will be his role as George W. Bush in Adam McKay’s Dick Cheney biopic Backseat. He recently won an Oscar for his performance in Three Billboards Outside Ebbing, Missouri, and made a brief cameo in Duncan Jones’s Mute, reprising his role from Moon.