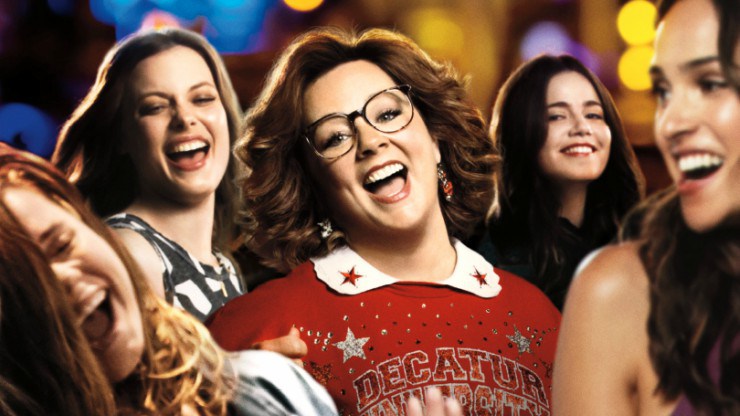 If you’ve been dying to hear Melissa McCarthy talk about her “mom boobs” then Life Of The Party is here to make your life complete. Directed by McCarthy’s husband Ben Falcone, who previously worked with her on Tammy and The Boss, the comedy centers on Deanna, a middle-aged mom fresh from a bitter divorce who decides to go back to college, the same one her daughter attends. Get ready for plenty of weed jokes, jokes about being old, and McCarthy joking about how the frat boys love her Vagoogle.

SYNOPSIS: “When her husband suddenly dumps her, longtime dedicated housewife Deanna (McCarthy) turns regret into re-set by going back to college…landing in the same class and school as her daughter, who’s not entirely sold on the idea. Plunging headlong into the campus experience, the increasingly outspoken Deanna — now Dee Rock — embraces freedom, fun and frat boys on her own terms, finding her true self in a senior year no one ever expected.”