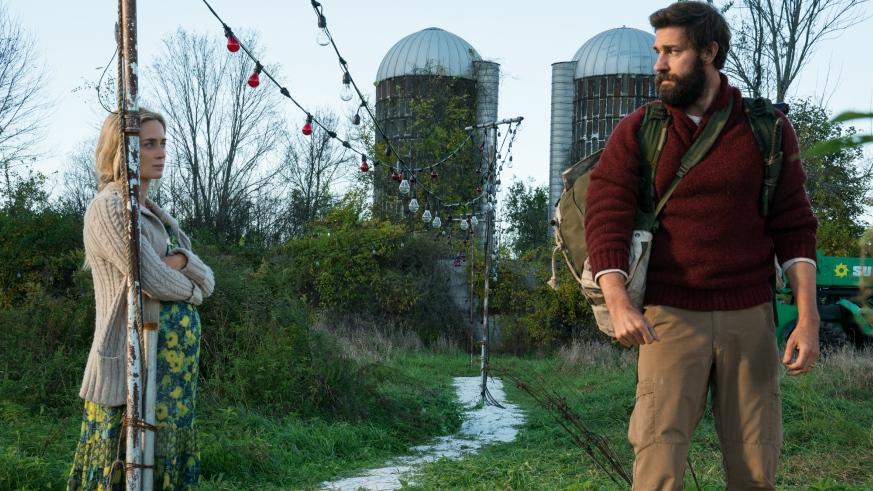 John Krasinski is receiving the best reviews of his career for this week’s acclaimed horror, A Quiet Place, which finds him directing and starring alongside his wife, Emily Blunt. The response already has Krasinski eyed for bigger things, like maybe a new Fantastic Four reboot with him as Reed Richard and Blunt as Sue Storm? Screenrant caught up with Krasinski and asked if he were interested, and he sounded pretty enthusiastic!

“Oh yeah, the Fantastic Four. I would love that! I mean listen, I’m still getting into the whole superhero thing. I didn’t read comics as a kid, not as many, I read some but not as much, but I’m a huge superhero fan so yeah, I’d love to do something like that. If they’re are any left, a lot of these have been taken but the ones that are left, yeah, I would love to do something like that. And listen, I’d love to work with her again so any chance I got would be great.”

If the Fantastic Four makes its way over to Disney/Marvel they might want to ask Krasinski to direct the reboot, too. Keep in mind that Krasinski was one of the finalists for the Captain America role before it went to Chris Evans, so this is an itch he’s been wanting to scratch for a while. And who doesn’t think Blunt would absolutely kill it as the Invisible Woman?