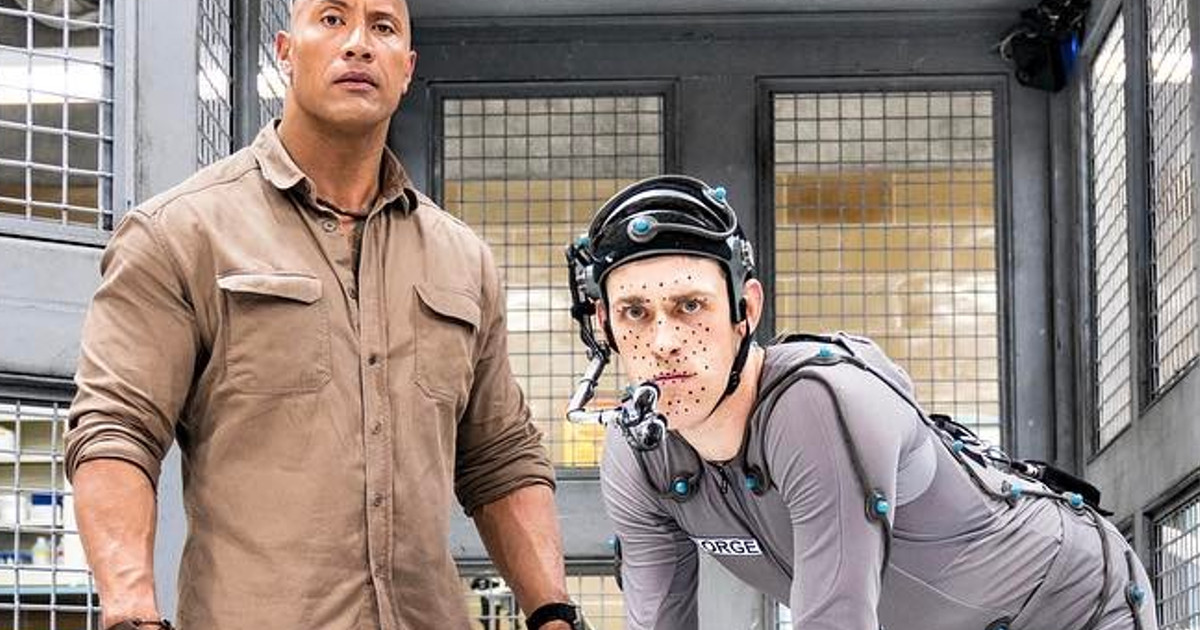 One of the cool thing about Rampage, besides that it stars Dwayne Johnson going toe-to-toe with a trio of oversized beasties, is that his best friend George isn’t a CGI creation. That’s actually motion capture actor Jason Liles side-by-side with Johnson the whole time, making for an experience that was both grueling and the most rewarding of his career.

I had a chance to speak with Liles about his co-starring role as George in Rampage, and he talked about the six months of extensive ape study he put in, training alongside the great Terry Notary, the legendary stunt coordinator and animal movement coach best known for films such as Tarzan, Kong: Skull Island, Rise of the Silver Surfer, War for the Planet of the Apes, and last year’s The Square.  Liles talks about becoming buddies with Johnson during filming, his love of video games, upcoming projects, and more.

Tune in to my interview with Jason Liles below, and check out my review of Rampage here!