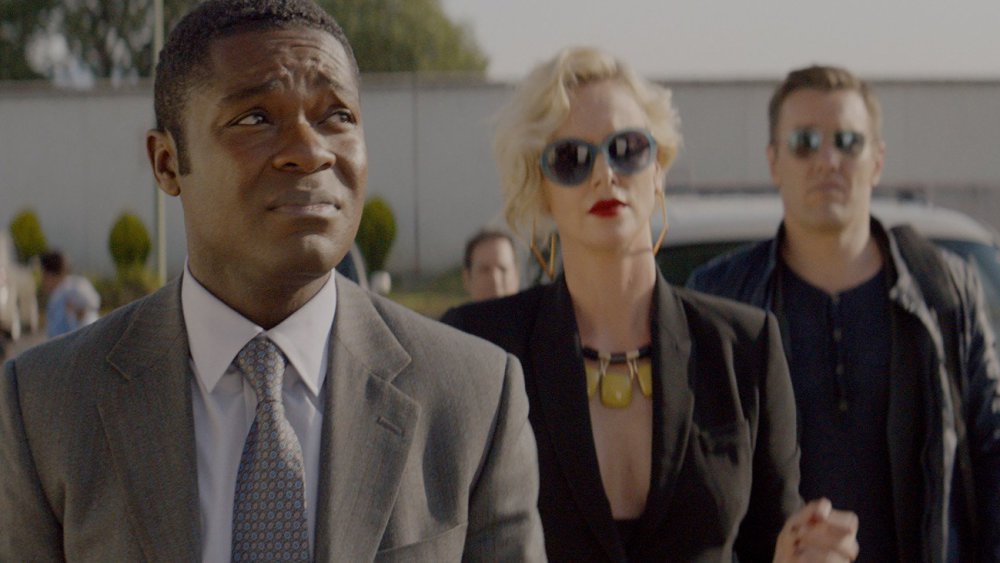 Gringo tells the story of Harold Soyinka (David Oyelowo) – one of the good guys. He
keeps his head down and follows his boss’s orders, he loves his wife and does
all he can to provide for her, and he doesn’t break any laws. Yet for some
reason, things just don’t seem to be shaking out for Harold. His accountant
lets him know that money is drying up and his wife is the cause of a lot of the
debt. He gets word that his company might be absorbed by another one, leaving
his job in jeopardy. He works in middle management at a pharmaceutical company
and if the rumored deal comes to fruition, he will be easily replaceable. He
tries to get some reassurance from his boss Richard Rusk (Joel Edgerton), but
Rich just feeds Harold bullshit lines and tells him to trust him. Then one day
there are problems with the pill inventory from a Mexican factory that happens
to be one of Harold’s clients. Harold, Rich, and the other top dog at the
company – Elaine Markinson (Charlize Theron) – head down to try and sort out the
problem. This trip will set forth a series of events that might change their
lives forever. 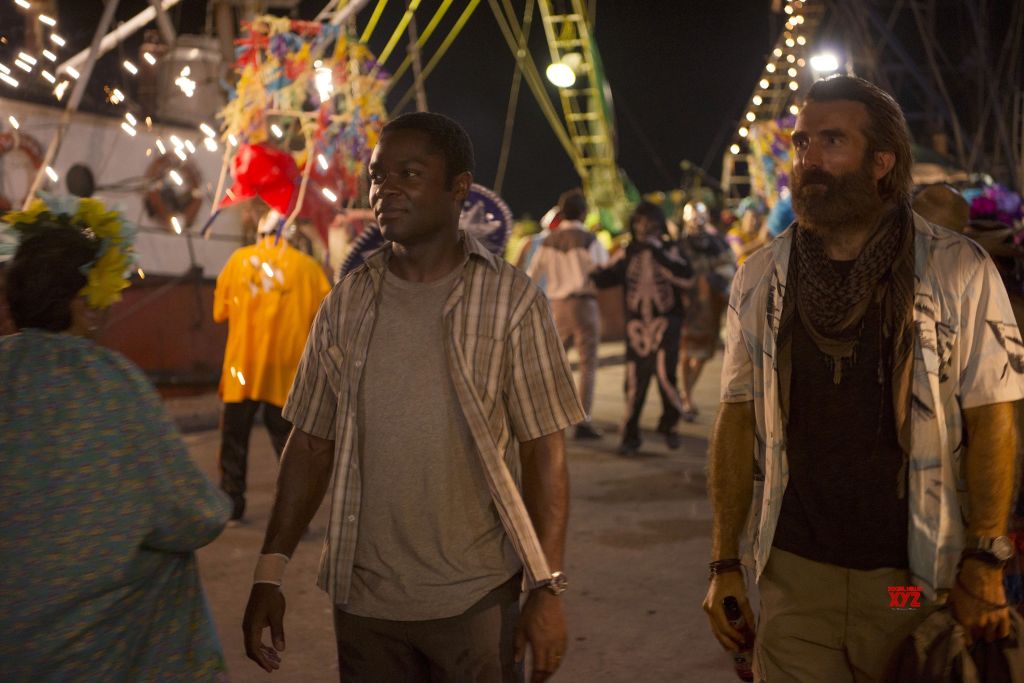 It turns out that while Harold is a straight shooter, some
of the people he surrounds himself with might not be on the straight and narrow
like he is. Rich and Elaine had an agreement with Celerino Sanchez (Hernán
Mendoza), the branch manager at the Mexican factory, to sell some of
the inventory to a local drug cartel lead by Villegas (Carlos Corona) – also
known as the ‘Black Panther’. When money was tight, the company needed these
shady business dealings to survive. Now that things are good and there is a
potential acquisition on the line, Rich and Elaine need to make sure that the
inventory gets shored up so no red flags are noticed to trip up the deal.
Sanchez warns them that it is not a good idea to change your agreement with a Mexican
drug Cartel, but Rich and Elaine have their heads up their asses and don’t heed
his advice. During the Mexican trip things get even worse for Harold. His wife
tells him she is having an affair and he finds out that he will in fact lose
his job after the acquisition and that Rich will do nothing to try and stop
that. Harold decides to stage a kidnapping of himself to collect five million
dollars in ransom money and start anew. The only problem is, he might get
actually kidnapped before he can set his plan in motion. 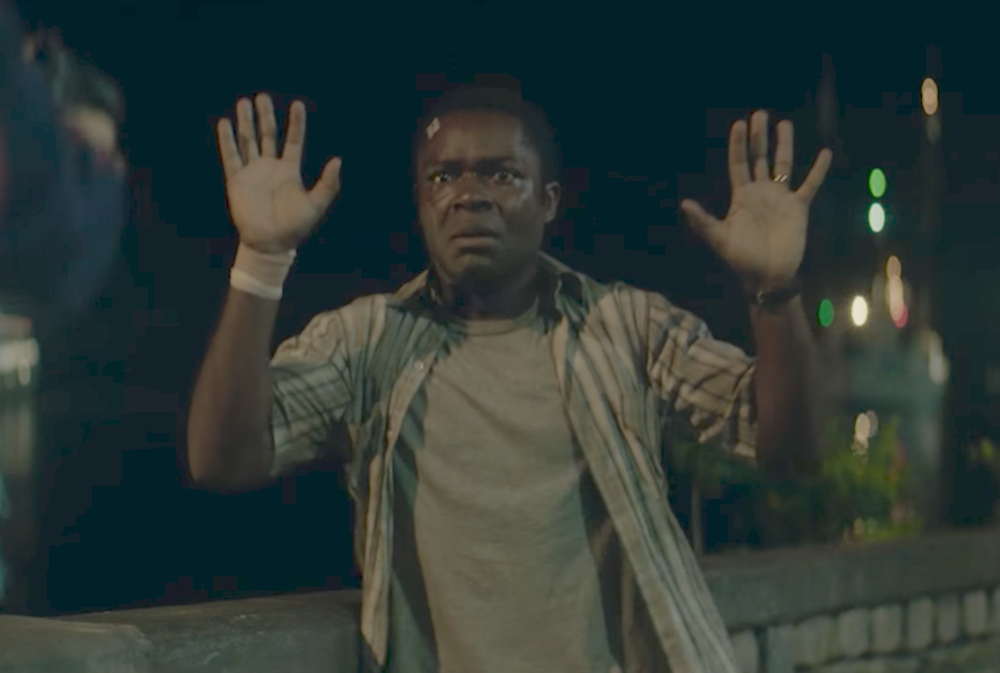 From the lead characters to the minor side roles, everyone
in Gringo is fantastic. Oyelowo delivers a stellar performance, showcasing
a wide range of emotions that Harold experiences throughout the film. The
audience connects with Harold and genuinely cares about what happens to him.
Edgerton is perfect as the jerkoff boss, who is only concerned about himself
and is fine with burning anyone in his way. Theron hits a homerun as the
cutthroat Elaine, who will always be “daddy’s blue ribbon girl.” Amada Seyfried
plays a carefree and goodhearted soul – aptly named Sunny – that is tricked
into going to Mexico by her boyfriend Miles (Harry Treadaway) so he can smuggle
pills back into the US for a hefty payday. Of course, those pills happen to be
produced at the same factory that is Harold’s client – such a small world!
Although neither of them are essential to the plot or have too big of a role,
they both take advantage of their screen time as well. I would be remiss if I
didn’t mention Rich’s brother Mitch – played by Sharlto Copley. Mitch is a
former mercenary who is trying to get out of that field and turn his life
around. Rich convinces him to go to Mexico to get Harold back because Rich
certainly does not want to pay five million dollars to do so. Mitch is a great
addition to the film. He may be partially insane, but he is a hoot. The film is
full of action and laughs and there is never a dull moment. The music is great
and helps pace the scenes. The characters are over the top and at times
ridiculous, but they fit perfectly into the world that director Nash Edgerton
and writers Matthew Stone and Anthony Tambakis created. As you can tell there
are a lot of moving parts in Gringo,
but they all manage to fit well with each other. The end result is a hell of a
ride and quite the good time.
Rating: 4 out of 5