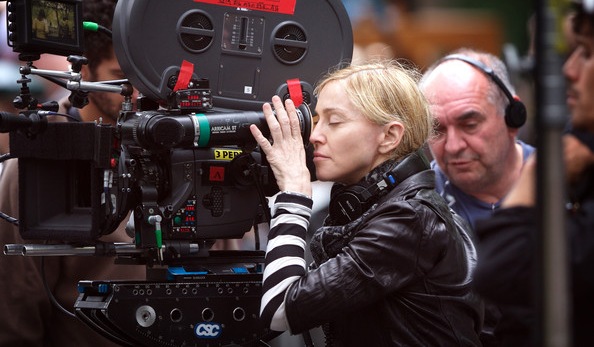 It’s been seven years since Madonna last went behind the camera with the royal biopic W.E. which, compared to her previous directorial effort Filth and Wisdon, wasn’t so bad and had an awesome cast that included Andrea Riseborough and Oscar Isaac. But it didn’t exactly inspire a lot of offers for Madonna’s services, so it’s taken a while for her to land her next gig, a biopic on ballerina Michaela DePrince.

Madonna will direct Taking Flight, based on the memoir by DePrince and her mother Elaine’s memoir, adapted by Camilla Blackett. Michaela grew up an orphan in Sierra Leone during the civil war, but in 1999 she was adopted by the DePrince family and raised in New Jersey. She was just one of 11 children, 9 of which were adopted.  Michaela would pursue her dream of becoming a ballerina, which she had nurtured since finding a U.S. magazine while a child in Sierra Leone, and faced racial discrimination at various points in her career.

You may recall hearing of Michaela’s story from the 2011 documentary, First Position, as she and other dancers tried to earn a spot in an elite ballet school. No word on when Taking Flight takes flight, but MGM has been holding on to the rights for a few years and will probably want to move quickly.