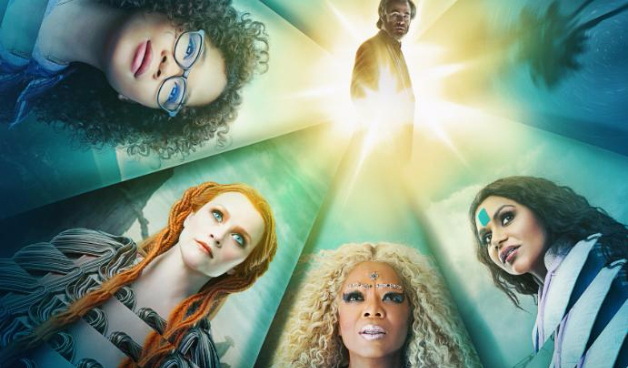 1. Black Panther– $41.1M/$562M
Black Panther just doesn’t going to stop. The film has not only crossed the $1B mark, but its $562M domestic total makes it the highest-grossing solo superhero movie ever, surpassing The Dark Knight. And at this rate it’s only a matter of time before it crosses $623M and bests The Avengers for #1 overall for the genre. Damn.  I went to see it for a third time on Friday night and the place was packed for what must have been a sell out. For the record, this is Marvel’s fifth movie to cross $1B, and Ryan Coogler becomes the second African-American director to have a movie hit that landmark. The other was F. Gary Gray with The Fate of the Furious.
2. A Wrinkle In Time (review)- $33M
I hate to say I called it, but yeah, I called this one. Ava DuVernay’s big budget adaptation of A Wrinkle in Time fizzled with just $33M This one had a lot going against it for anyone who bothered to pay attention. First of all, it was following in the wake of Black Panther and meteoric expectations. Too many out there figured because it was DuVernay and that she cast a black actress, Storm Reid, in the lead role that we would see some audience carry over, but nah. Black Panther is a special case, I keep trying to tell people. The film opened way too closely to Disney’s Marvel counterpart, as well, and I think we’re going to see that become a bigger problem for them as time goes by. Couple it with a surprising lack of buzz followed by mediocre reviews and you’ve got the makings of a flop, or damn close to one. DuVernay was given a hefty $103M budget to work with, and Disney may be able to leg this one out to break even. I’m curious to see the Hollywood reaction to this. Will they focus more on DuVernay’s failure with A Wrinkle in Time or Ryan Coogler’s success on Black Panther?
3. The Strangers: Prey at Night (review) – $10.4M
After a decade-long wait, horror fans turned out to see The Strangers: Prey at Night to the tune of $10.4M. The film is the long awaited sequel to Bryan Bertino’s sleeper hit, The Strangers, which shocked everyone with its $82M haul on a tiny budget. Those were simpler times, though, and Prey at Night arrives on a more crowded playing field. Still, this is a solid debut for the $5M film that has received mixed reviews at best. I liked a lot and think it’s worth paying for, and after you do you should check out my interview with star Bailee Madison. Just sayin’.
4. Red Sparrow– $8.1M/$31.1M
This would be fine if it didn’t cost $70M.
5. Game Night– $7.9M/$45M
6. Peter Rabbit– $6.8M/$93.4M
7. Death Wish– $6.6M/$23.8M
8. The Hurricane Heist (review)- $3.1M
Depending on who you ask, The Hurricane Heist is either one of the worst movies of the year or a silly, self-aware B-movie thrillride. Doesn’t really matter, because the film only made $3M and cost about $35M. So if it’s anything at all it’s a box office bomb. Distributor Entertainment Studios would have been better off screening this one than trying to sneak it out under the radar, because while the reviews were negative a lot of them suggested certain audiences would love it. Instead those people will now simply wait a month or two for it to hit basic cable.
9. Annihilation– $3.1M
10. Jumanji: Welcome to the Jungle– $2.7M/$397.2M
Finally on the way out. I guess now’s a good time to go and see it?