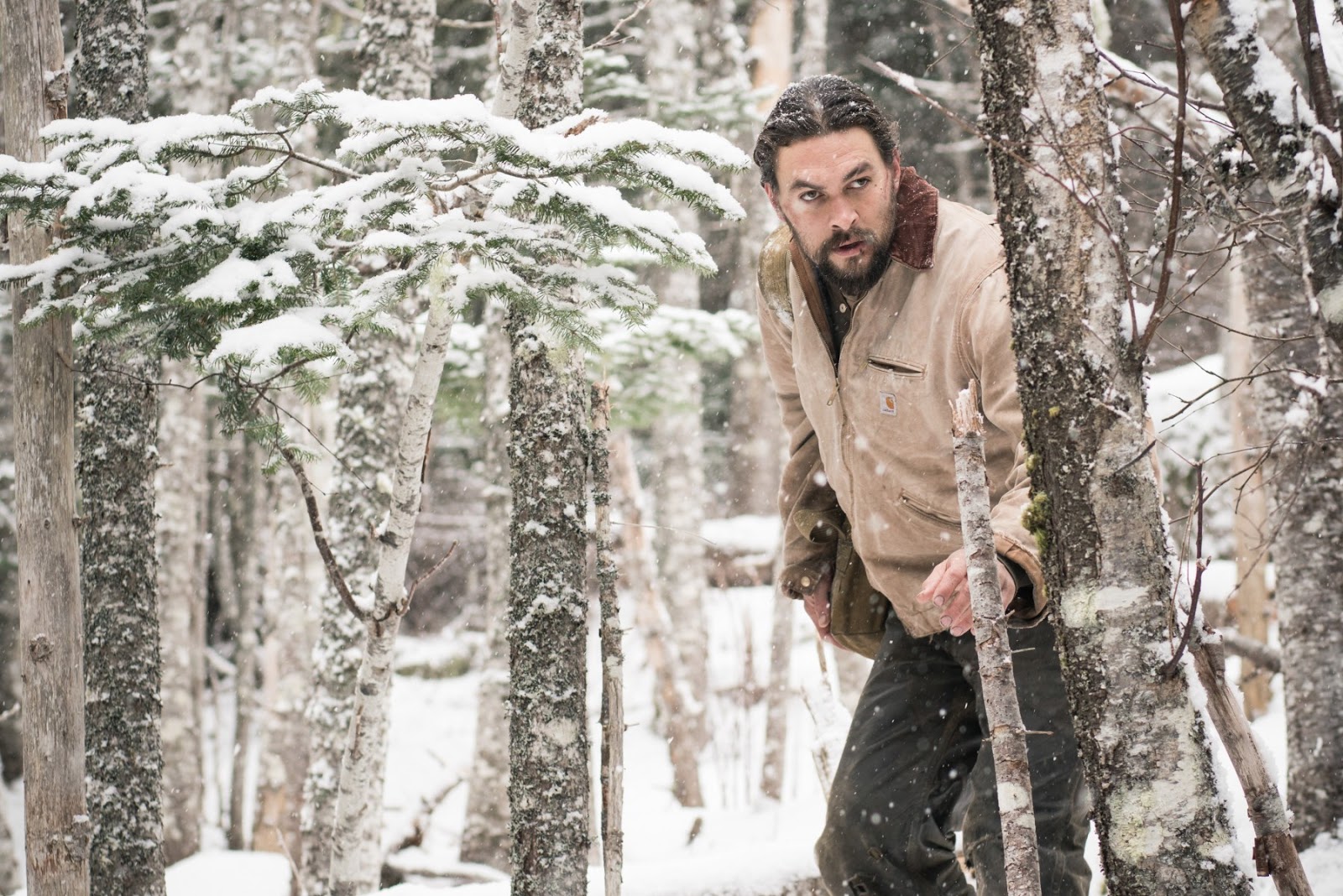 He may be busy commanding the seas as Aquaman but the bulk of Jason Momoa’s resume consists of modest action flicks like Braven. To be fair, this one is among the better of that group, a Canadian thriller that finds the former Kal Drogo as a regular joe fighting to save his family in the snowy mountains. There isn’t a ton that you’ll find original about Braven, but if you like Momoa when he plays a man pushed past the breaking point,  then this is worth your time. 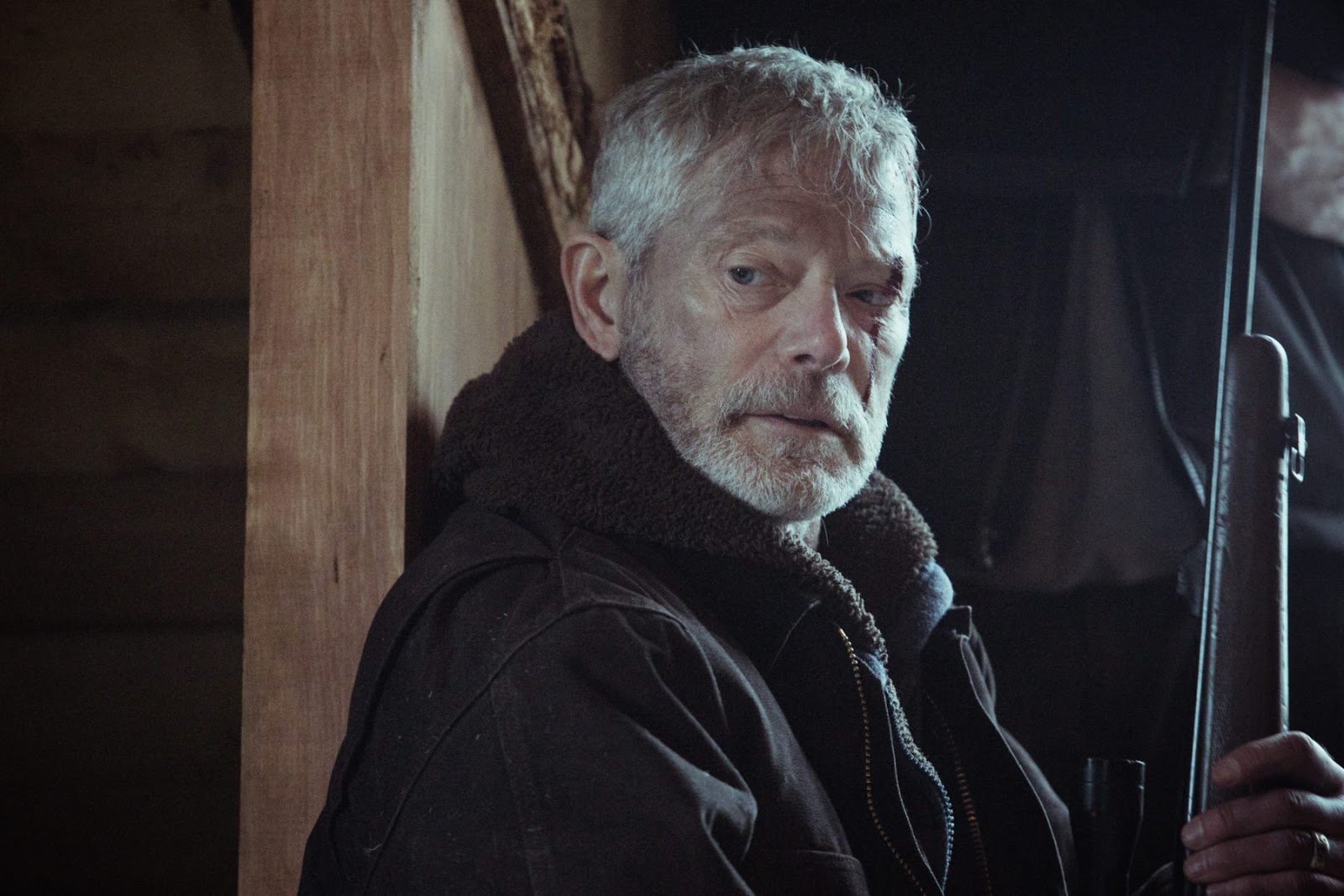 The directorial debut of stunt coordinator Lin Oedig, Braven has some impressive choreography that takes advantage of Momoa’s physicality. He plays Joe Braven, and while he appears to be just an ordinary logger and family man, his franchise-ready name should tell you he’s secretly a badass. After a violent encounter in a local bar, Joe goes with his Alzheimer’s stricken father Linden (Stephen Lang) to board up the cabin for a harsh winter, only to discover a bag full of heroin has been stashed there. Sure enough before they can jet back home to safety, Joe and Linden are under attack by the drug lord (Garret Dillahunt) and his well-trained kill crew who not only want their drugs back, they want to kill all witnesses. Oh, and Joe’s daughter has stowed along for the ride so he’s gotta keep her safe, too. Kids. 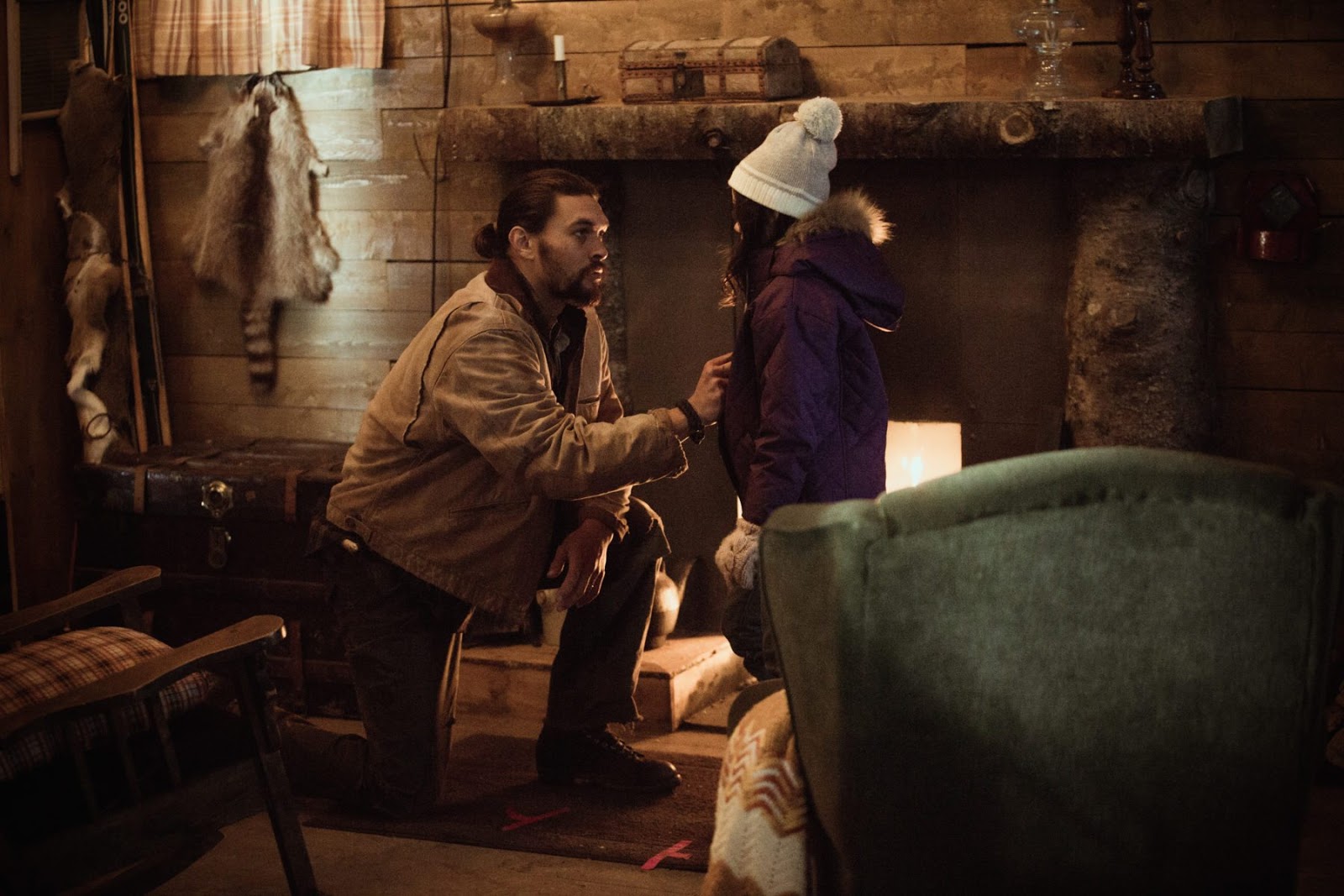 Braven doesn’t set out to reinvent the genre, but those familiar with it will find a lot to like. Joe may not be a natural killer but you never would have guessed it. He’s like friggin’ MacGyver when it comes to finding new ways to off somebody. Bear traps, axes, FLAMING axes, plush toys as convenient decoys, steaming hot pokers, tow cables on runaway ATVs…he’s setting up his own little killer workshop of medieval weapons while the bad guys are trying to set up sniper positions. Joe’s use of everyday tools, and some keen lumberjacking skills in one instance, to defend himself are one way the film sets itself apart when so much else is recognizable. Even Joe’s wife (Jill Wagner, late of the underrated Blade TV series) brings some deft arrow skills to the table. This was the wrong family to f**k with. 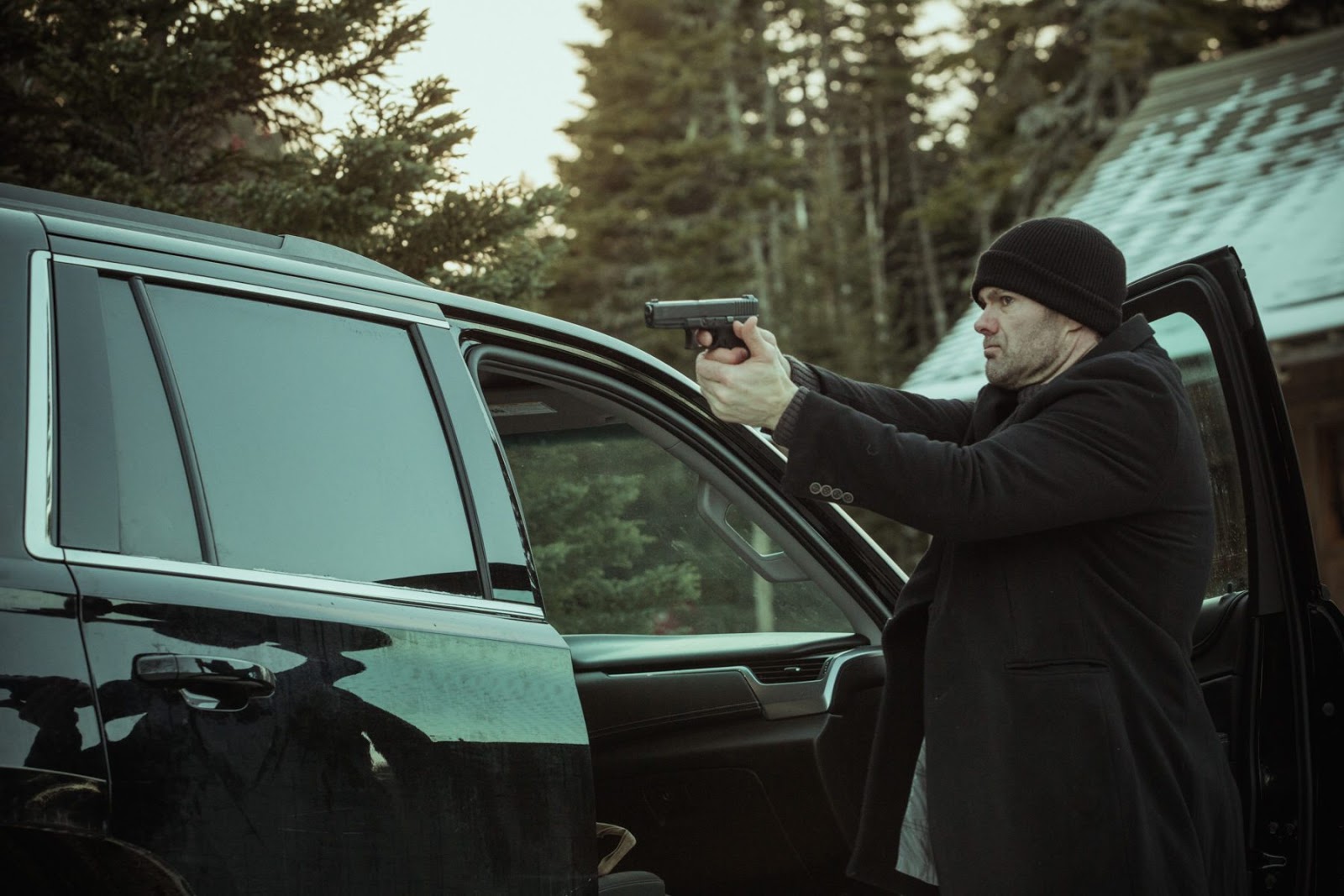 While the body count skyrockets, there’s also the father-son relationship that needs to be sorted out, and what better way to bond than against a common enemy? Momoa and Lang, two classic screen tough guys, share at least one awkward scene where their characters try to actually have a conversation, until they find it’s just easier to dodge bullets. There isn’t much of an emotional arc to follow, though, which is disappointing because Loedig shows great proficiency elsewhere. He captures the natural beauty and dangers of the icy terrain, but also the boredom of small-town isolation. Using the natural scenery to the best possible advantage, Loedig hides any budgetary limitations with the exception of one distractingly bad use of CGI in the finale. 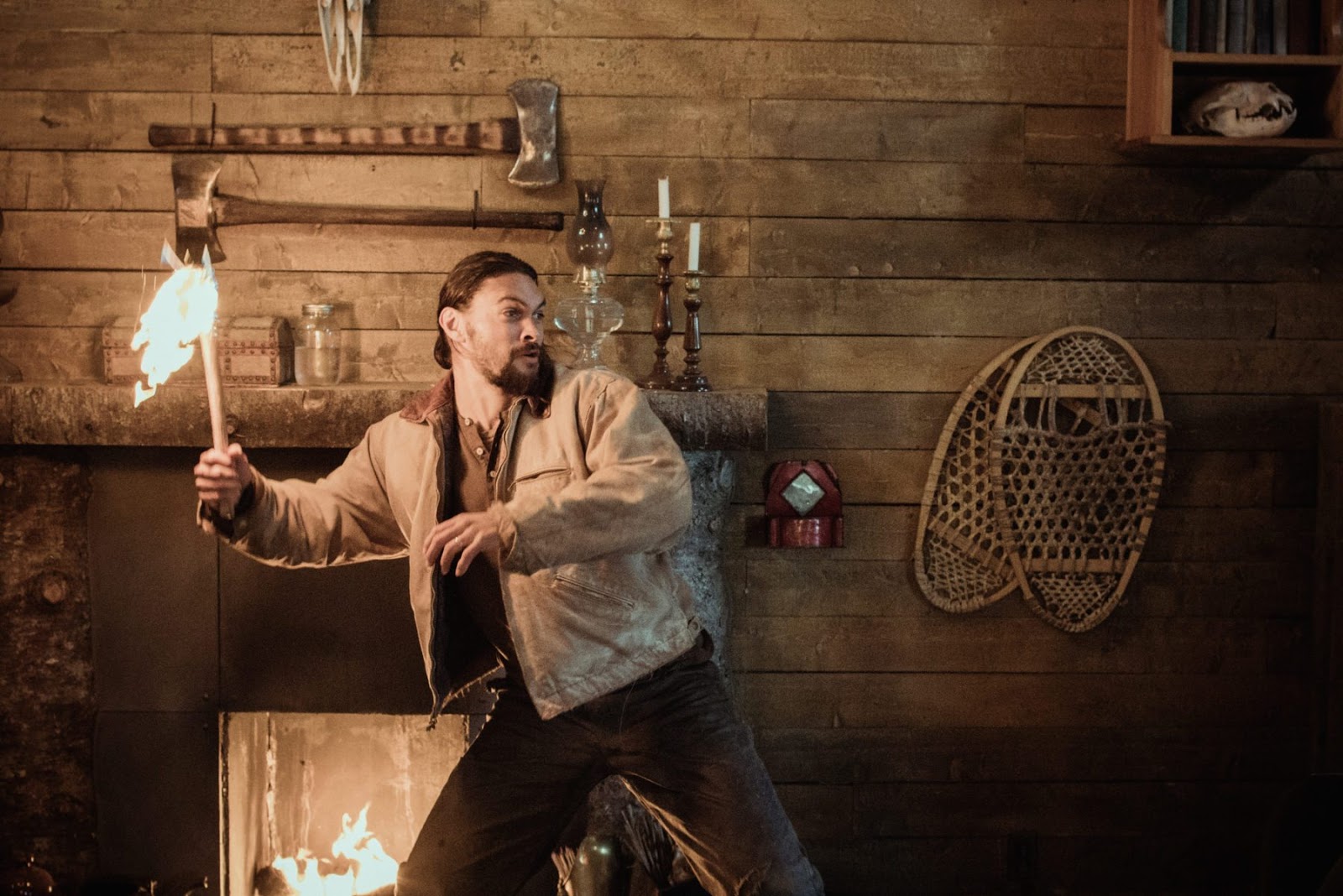 A film like Braven isn’t made to be extraordinary, which is fine because it isn’t. This is a well-made, efficient movie that checks all the boxes and provides an entertaining genre experience. At only 90 minutes it packs in as much of Momoa kicking butt as it possibly can, and I suspect that’s what people are coming to see, anyway.