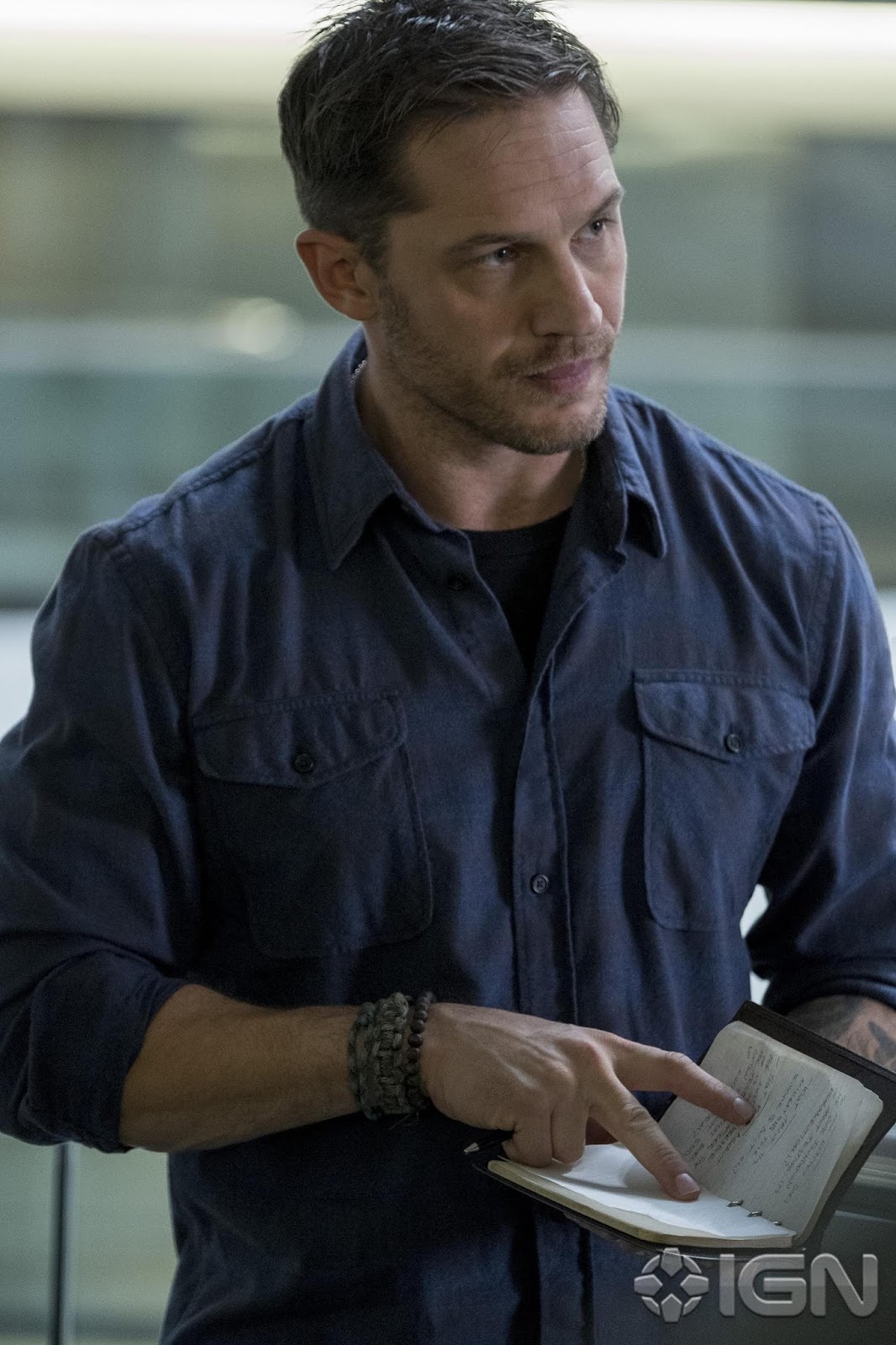 That image you see above? It isn’t just Tom Hardy leafing through his notes on how to look less like Logan Marshall-Green. It’s actually the first official look at him in Sony’s upcoming Venom film, as the symbiote’s host Eddie Brock. Exciting, right? Thanks, IGN. Can we get some giant teeth, a slathery green tongue or something? Hopefully better images will arrive soon.

The film is being directed by Ruben Fleischer as the opening salvo in Sony’s Spiderman-less cinematic universe of Spider-Man characters. It’s a big opening gambit, to be sure, could go a long way in redeeming Sony for their failed efforts on The Amazing Spider-Man.  We previously learned the plot will be based on two popular Venom storylines, Venom: Lethal Protector and Planet of the Symbiotes.

In a recent panel at the Brazilian Comic-Con (seen below), Fleischer confirmed the two storylines being used. The important one, to me at least, is Lethal Protector, which finds Venom agreeing to a truce with Spider-Man and moving to San Francisco to become a hero. You can see why that particular story would be used. It takes the action away from New York where Spidey is based, so no “Where’s Tom Holland??” questions, and sets Venom up as a character audiences would follow for multiple movies, Sony hopes.