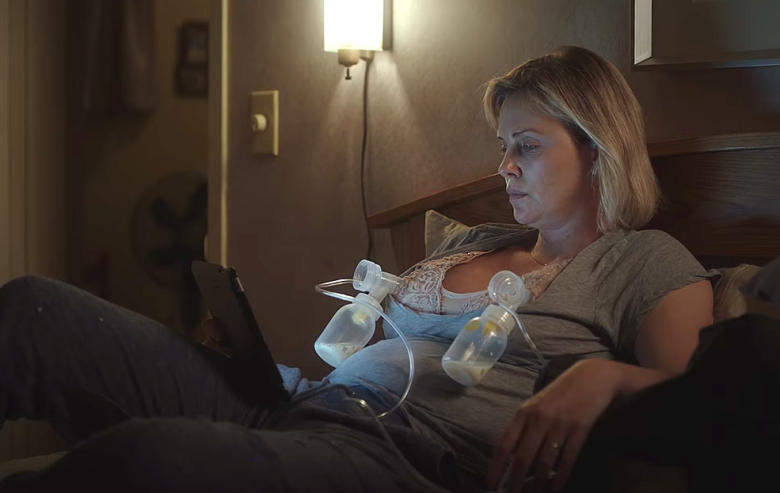 The last time Jason Reitman, Charlize Theron, and writer Diablo Cody teamed together it was for the abrasive comedy Young Adult, considered by many to be one of the director’s most successful films creatively. I prefer Juno, also penned by Cody, or better yet Up in the Air, but if this reunion gets him back on track after the  misguided Men, Women & Children, then all’s the better. The Oscar-nominated Reitman returns with Tully, which like Juno is a refreshingly pointed look at motherhood.

Theron stars as Marlo, a mother of three including a newborn, who is gifted a night nanny named Tully by her brother. While she’s resistant to it at first, the two form a surprising bond over the care of her children. Mackenzie Davis looks to have her biggest screen role yet as Tully, and hopefully this sees her breakout to even better things.

Mark Duplass and Ron Livingston co-star, but this really looks to be a showcase for Theron, who I feel we don’t get to see play these kinds of roles enough when she is so good at them.  My favorite Theron performances aren’t in action movies or as femme fatales, but when she plays an ordinary person and dials down the glamour.