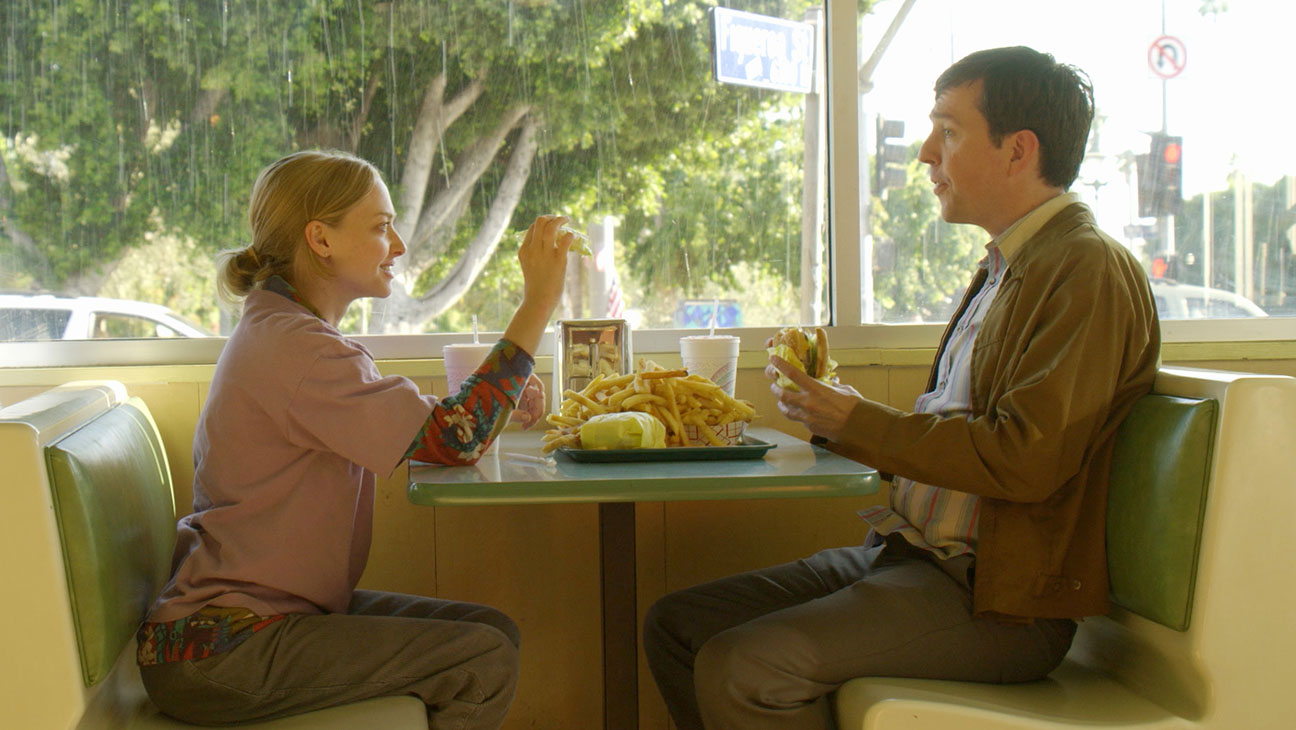 The Clapper is about a man named Eddie Krumble (Ed Helms)
who has a job as an infomercial audience member. He’s basically paid to clap, look
interested, laugh and more on these things. Pretty down on his luck, things turn
sideways with unexpected and wanted fame when he becomes the focus of an ongoing
joke on a popular late night talk show. The rest of the movie is just him
dealing with how this turns his life upside down with no real benefits. So at this point, it leaves one wondering what’s this movie about? Is it
saying fame is bad and that Hollywood is inherently evil to everyday working
Americans?
It’s questioned to be asked by how it portrays the
characters in this film. Eddie and his friend Chris (Tracy Morgan) seem pretty
naive and not fast on the uptake to things in society. It feels like they are
constantly out of their depth in the world the whole time in the story. The same
with Amanda Seyfried’s Judy, a young woman who Eddie falls in love with who
works at the gas station he shops at. A young woman that doesn’t have TV or
watches it, while not a bad thing or weird, it’s just in the way she reacts to things
going on that is perplexing. How don’t they understand the way showbiz works when they all live in LA close to the studios?  The whole film
makes the showbiz people look very manipulative or cruel and while that isn’t
new in stories it does make me wonder what the point is in the two very
different portrayals of these characters. Is Eddie supposed to be good and a
hero we empathize with just because he doesn’t understand what’s going on and
how his action contribute to problems? Are we supposed to just hate the late
night show producers and host because while they are manipulating Eddie and
Chris for ratings that Eddie and Chris don’t ever really think about what’s
going on?

These things ran through my mind constantly at
times overtaking what I was watching on screen. The cinematography wasn’t
amazing or notable in the slightest. The film did have some funny jokes thanks
to the charisma of Ed Helms and Tracy Morgan. They were able to make some
pretty questionable jokes work with just their expressions and having an air
of honesty to the performances. They weren’t playing these roles
condescendingly but with a care to these people. Ed Helms and Amanda Seyfried
were okay together but it’s getting tired to see a man of that age in a
relationship with a woman that much younger again. The film was better when
just focusing on that relationship more than the stuff with his interactions
with the late night show. The Clapper is a comedy that doesn’t totally know
what it wants to be, a commentary on fame and class or a romantic comedy. What
we end up with is something that never really does both well and ends up
hampering each theme.