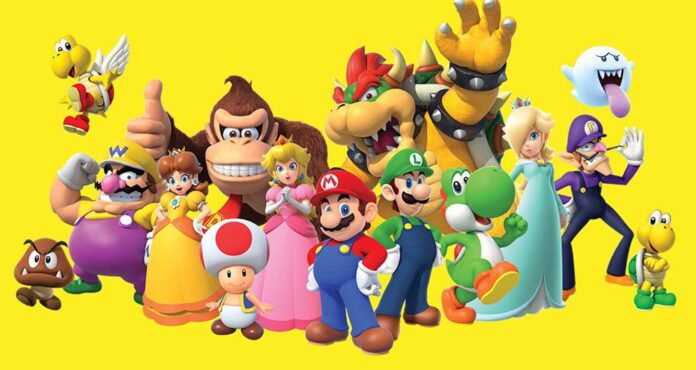 The Super Mario Brothers are long overdue for redemption on the big screen, and Illumination is going to give it to them. Nintendo’s iconic video game plumbers are coming back for an animated Super Mario Bros. movie with an all-star cast led by, get this, Chris Pratt as Mario and Charlie Day as Luigi.

Joining Pratt and Day are Anya Taylor-Joy as Princess Peach, who is always the damsel in distress caught in the grip of villainous Koopa king, Bowser, who will be voiced by Jack Black! Not only that, but Keegan-Michael Key is Toad, Seth Rogen as Donkey Kong, Fred Armisen as Cranky Kong, Kevin Michael Richardson as Kamek, and Sebastian Maniscalco as Spike.

Aaron Horvath and Michael Jelenic will direct, having previously worked together on Teen Titans Go! To The Movies. They’ll work from a script by The Lego Movie 2 writer Matthew Fogel.

Illumination is the studio behind the gigantic Despicable Me and Minions franchises, along with The Secret Life of Pets and Sing! Their animation style should be perfect for the bright, colorful, magical world that Mario Bros. exists in. But look, I’ve got questions! Will the greatest video game character ever, Yoshi, make an appearance? When does he get his own spinoff? What about Wario, who is far and away a better villain than Bowser? Will this be the moment when Luigi, as the elder brother, finally claims his rightful place as the most significant Mario Brother? He’s long overdue to stop being labeled as Mario’s sidekick.

The Super Mario Bros. movie is expected to open on December 21st 2022.

Chris Pratt says the line, but we'll 'have to wait to hear the voice' that he's been 'working hard' on