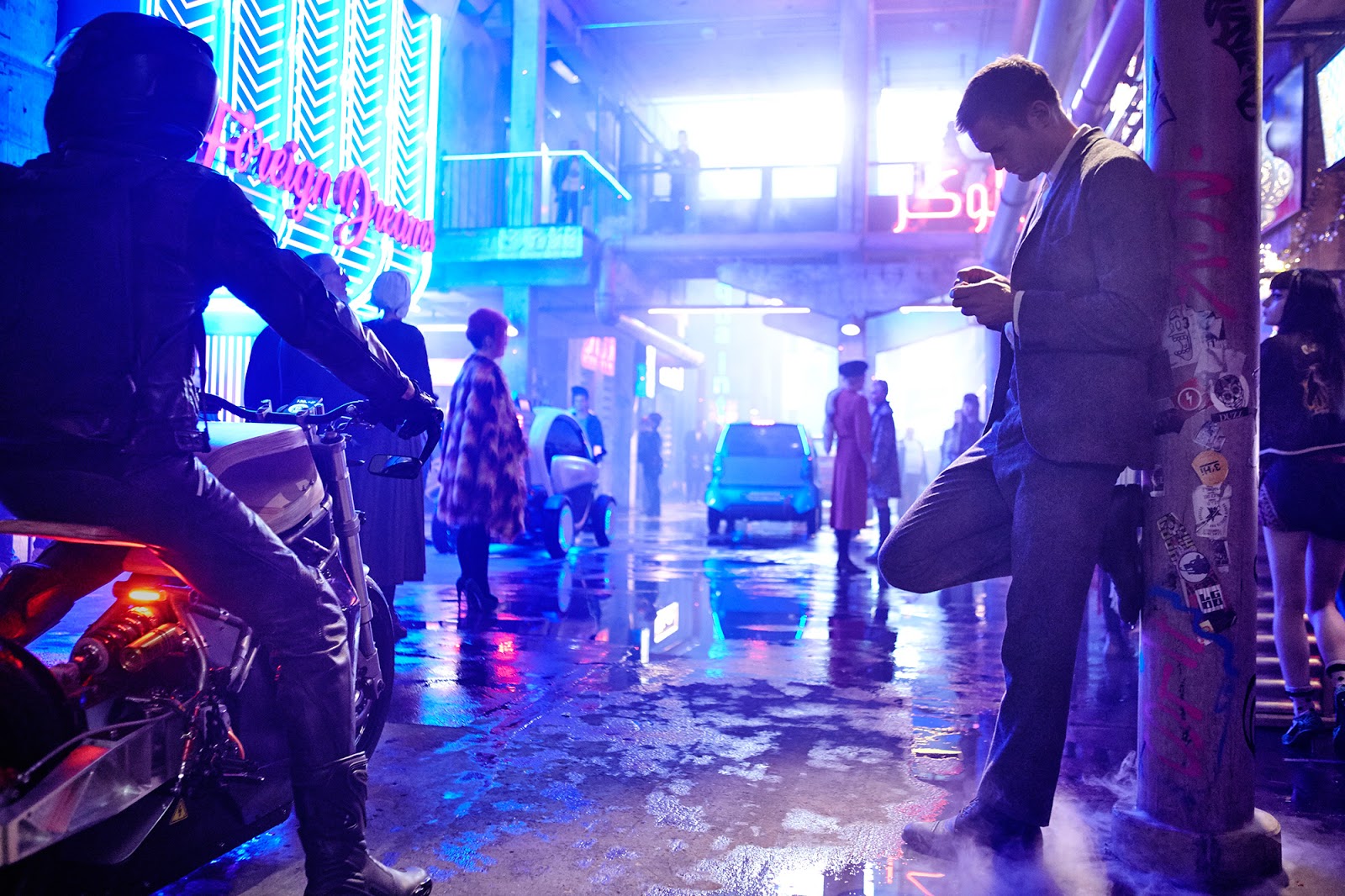 Duncan Jones has been talking his pet project, Mute, for so long that it’s kind of amazing that it’s finally here. Or more accurately, it’s kind of amazing that there isn’t more buzz surrounding the release, because I doubt very many people know anything about it. But the sci-fi/noir is due to hit Netflix soon, and that may be a problem in itself, because we see movies fall down the memory hole as soon as the streaming giant releases them. Hopefully that won’t happen here.

A teaser for the film has been released ahead of a full trailer on January 30th. The Moon, Source Code, and Warcraft director has gathered Paul Rudd, Alexander Skarsgard, Justin Theroux, and Seyneb Saleh for a futuristic tale about a mute man’s search for his missing girlfriend. Here’s the synopsis:

Set in the near-future, Leo (Alexander Skarsgård) is a bartender living in the pulsing city of Berlin. Because of a childhood accident, Leo lost the ability to speak and the only good thing in his life is his beautiful girlfriend Naadirah (Seyneb Saleh). When she vanishes without a trace, Leo’s search for her takes him deep into the city’s seedy underbelly. A pair of wise-cracking American surgeons (Paul Rudd and Justin Theroux) are the only recurring clue and Leo is forced to take on this teeming underworld in order to find his love.