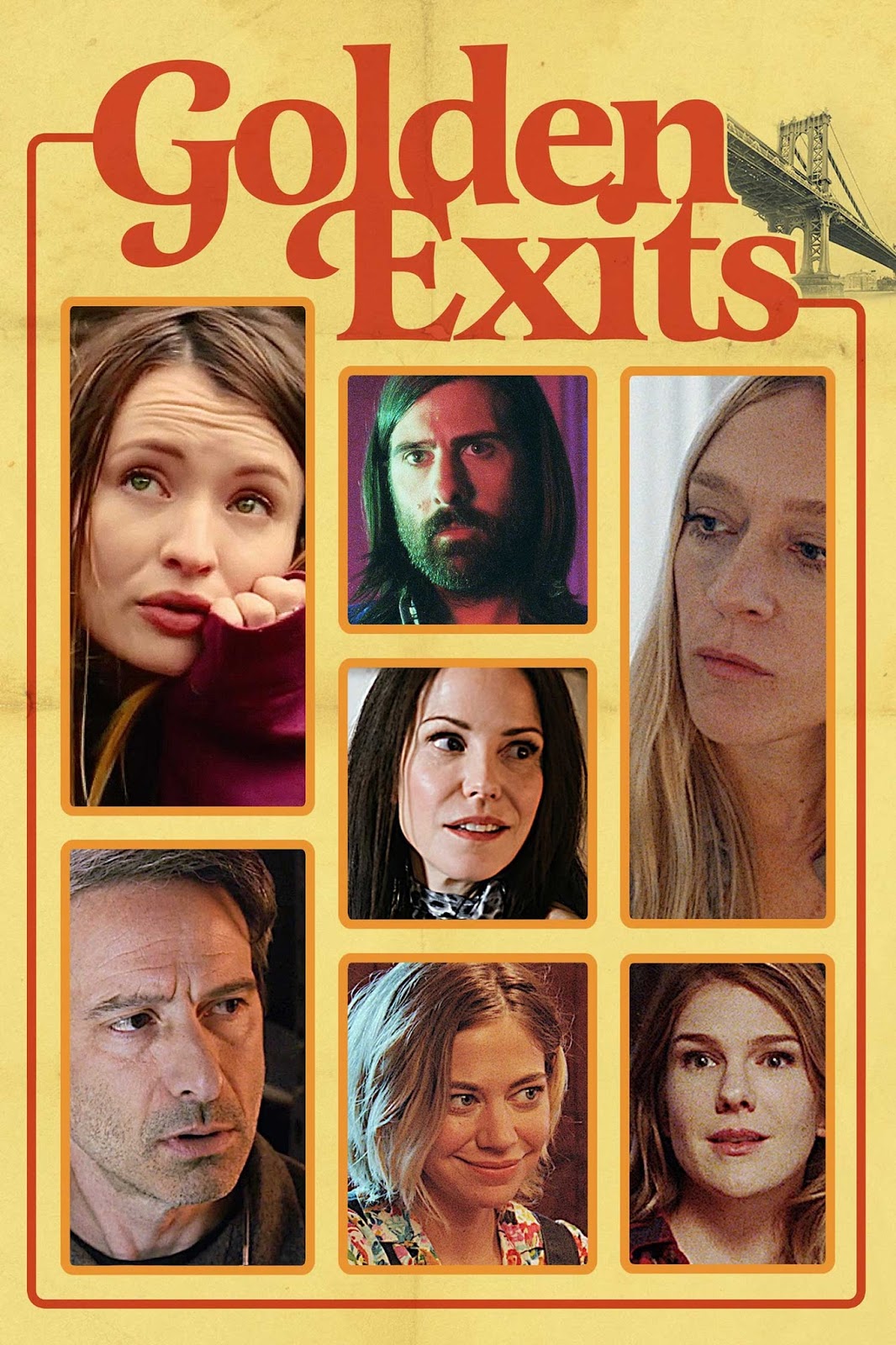 It took a full year for Alex Ross Perry’s latest, Golden Exits, to find its way to release after debuting at Sundance. The wait was probably for the better, because now as the festival readies to kick into gear the solid reviews it got in Park City before are starting to re-emerge. And the buzz on it then was that Perry was softening on his cutting, acidic tone for something a bit milder, but still just as insightful in the ways of dysfunctional people.

Nick has settled into a safe existence in a small pocket of Brooklyn, where he currently toils on an archival project for his father-in-law. Soon, 20-something Naomi arrives from Australia to assist Nick for the semester. She has no acquaintances in the city beyond a loose family connection to Buddy, a music producer who lives in the same neighborhood. For the few months she spends around Nick, Buddy, and their families, Naomi’s presence upsets the unpleasant balance holding these two households together.

This definitely looks like a change of pace for Perry, but my concern is whether he finds a better balance of tones than are in this trailer.  Golden Exits opens Feb. 9th in New York at the Metrograph and Feb. 16th In Select Cities and On Digital.

Review: ‘The True Adventures Of Wolfboy’

‘The True Adventures Of Wolfboy’ Trailer: Jaeden Martell Stars As A Hirsute Kid On A Journey Of Discovery

‘We Are Who We Are’ Trailer: Luca Guadagnino’s HBO Series Follows Two American Teens In Italy