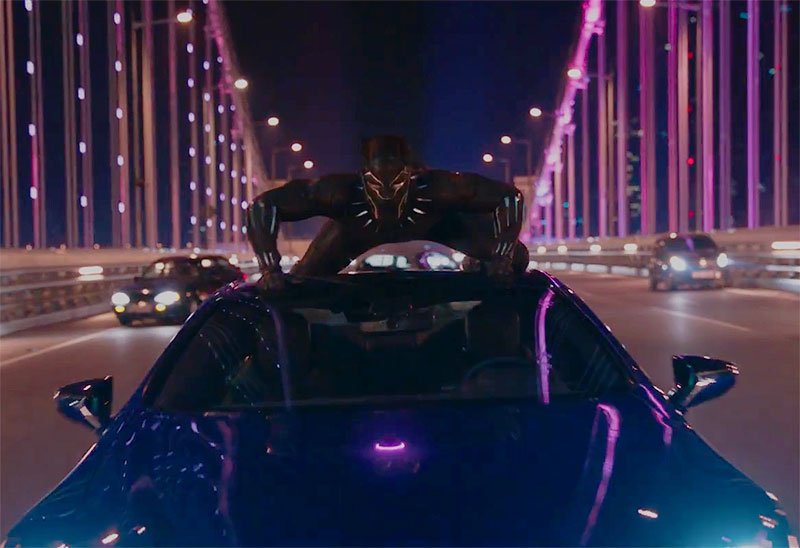 Black Panther, get ready to step into the spotlight. There are a lot of movies coming out in February but you wouldn’t know it because everyone is talking about Black Panther, and that’s not likely to change as Marvel ramps up the promotional campaign. Star Chadwick Boseman was a guest on The Ellen Degeneres Show, and of course he brought along an awesome clip.

The scene is an extension of what we’ve seen in the trailers, as Black Panther skillfully leaps from a speeding car driven by his half-sister, Shuri (Letitia Wright). It’s one helluv clip, with action that shows off some stunning cinematography that separates it from the rest of the MCU.  Thank goodness because other than Thor: Ragnarok I’ve grown pretty bored with how the Marvel movies have looked lately.