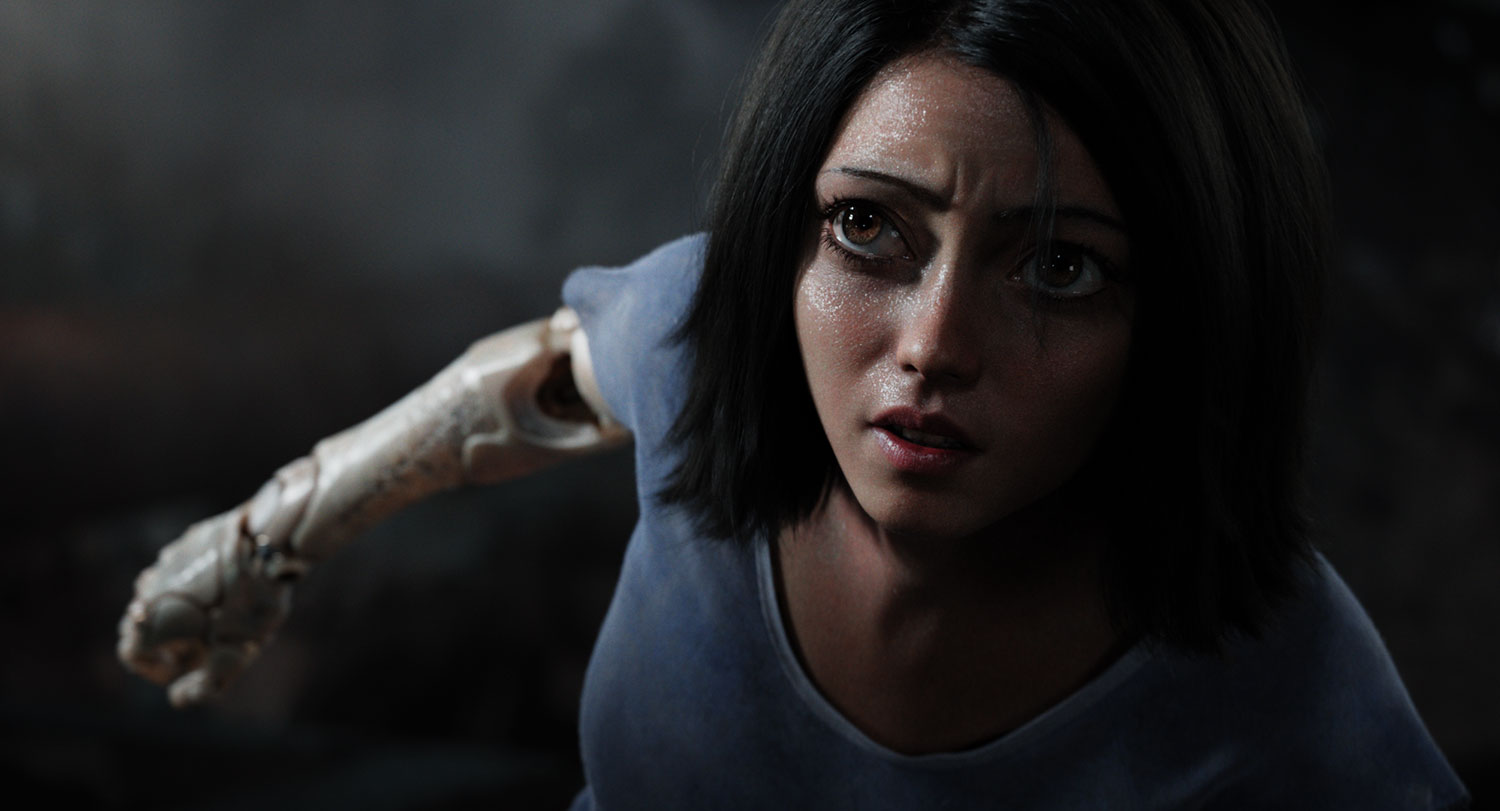 I find it difficult to believe, even now as the first trailer has arrived, that Alita: Battle Angel is actually happening. In the works for years and initially one of the projects James Cameron was going to do before deciding his future was all about Avatar, it now finds him in a producer/co-writer capacity and Robert Rodriguez of all people in the director’s chair. It’s the biggest project of Rodriguez’s career, even bigger than his Sin City movies, and it doesn’t look like anything he’s done previously.

Based on the cherished manga by Yukito Kishiro, the story centers on a broken down cyborg named Alita (played by Rosa Salazar, who is suddenly everywhere) who is discovered by and taken in by scientist Ido (Christoph Waltz) and raised as his daughter.  The whole thing takes place in a dystopian future where Alita’s incredible fighting abilities prove useful.
The trailer looks great, although Alita’s giant manga eyes are super creepy, like one of those paintings from Waltz’s Big Eyes movie.  I’m not sure how it’ll play with audiences who may feel burned by American adaptations of Japanese manga after the disappointing Ghost in the Shell.
Also starring Mahershala Ali, Keean Johnson, Eiza Gonzalez, Jennifer Connelly, Ed Skrein, Michelle Rodriguez, Lana Condor, and Jackie Earle Haley, Alita: Battle Angel opens July 20th 2018.