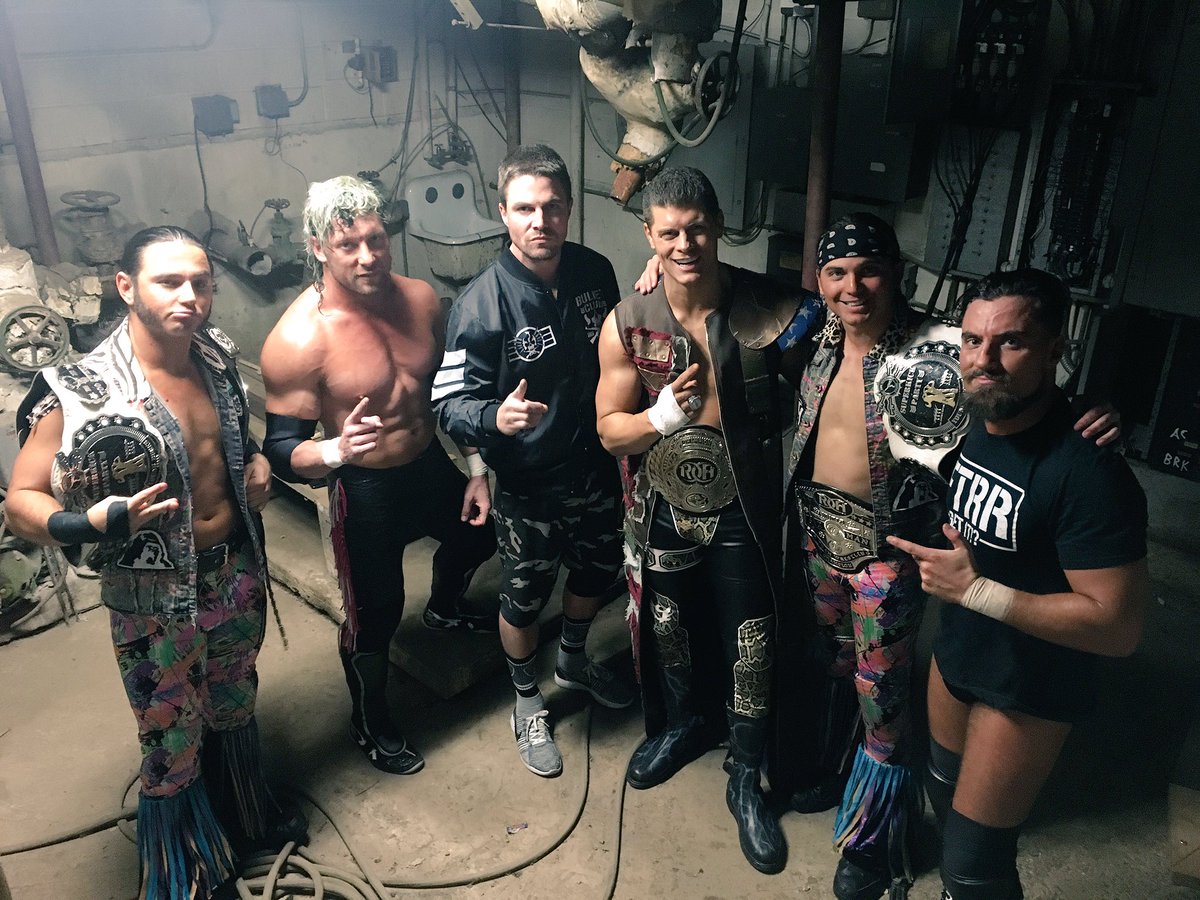 I love Stephen Amell. I don’t always love Arrow, but Amell is the friggin’ man.You might remember a couple of years ago when he was involved in a comic book-style feud with Cody Rhodes aka the maniacal Stardust, which culminated in a big PPV match at SummerSlam. Amell showed he has incredible athleticism and, I think, a natural head for the wrestling business. From that, he and Rhodes became buds. Rhodes appeared in a couple of Arrow episodes, and now Amell has followed him to Ring of Honor wrestling, and into the most famous stable in the world: the Bullet Club.

Amell joined up with Rhodes and Bullet Club (including Kenny Omega and the Young Bucks) in a tag match and took a table bump a lot of superstars wouldn’t take today. It’s pretty boss of him to do, and shows he is willing to put his body on the line for something he loves.

If you want to see a celebrity who isn’t willing to do that, go check out old footage of Adam “Pac-Man” Jones when he was in TNA Impact Wrestling. He wasn’t allowed to be touched, which begs the question why he was ever there. But Amell, if he ever decided to drop acting and become a wrestler he’d be one of the best. And he’s doing it in Ring of Honor with his pal Rhodes, a smaller promotion that doesn’t compare to the WWE. So it isn’t all about getting more headlines.

Everyone should do this at least once. https://t.co/rw327waqgT