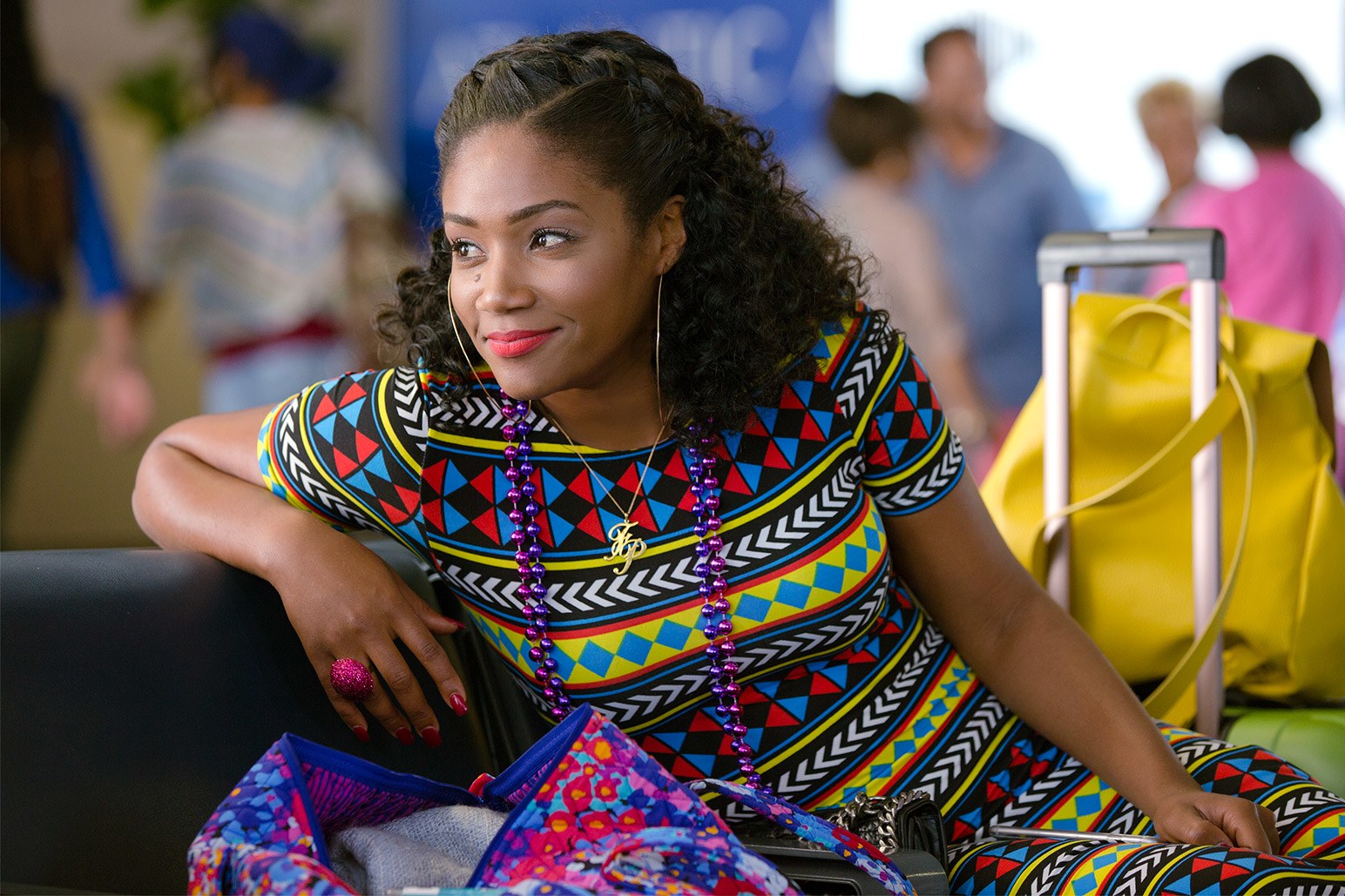 The breakout year for Girls Trip‘s Tiffany Haddish continues, just days after she became the first African-American standup comedian to host SNL. She’s become one of Hollywood’s most sought-after stars, and has now signed on for two lead roles: Universal’s The Temp from Girls Trip producer Will Packer, and mob flick The Kitchen.

The Temp is a female-driven comedy based on an original pitch from writer Dana Fox, but there don’t seem to be any further details. Can we make an assumption based on the title? Is it a remake of the 1993 thriller with Timothy Hutton and a devious Lara Flynn Boyle? Probably not, but one can hope.

Meanwhile, Haddish is also set to lead The Kitchen, marking the directorial debut of Straight Outta Compton screenwriter Andrea Berloff. Berloff adapted the popular Vertigo Comics series by Ollie Masters and Ming Doyle that is set in Hell’s Kitchen of the 1970s. When members of the Irish Mafia are swept up in an FBI raid, their wives take over the business and run it more ruthlessly than their husbands.

Haddish recently completed filming on Night School, a comedy that teams her up with Kevin Hart. Sadly, my hopes of it being a remake of the 1981 slasher flick have also been dashed. [Variety]