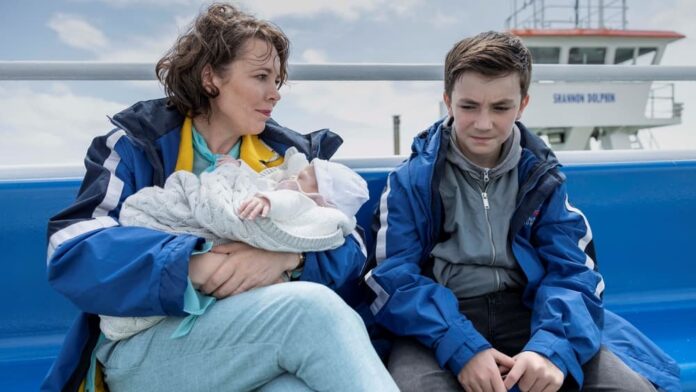 Olivia Colman stars as a frazzled new single mom who falls asleep in the wrong cab with newborn beside her. When she finally wakes up, she realizes her driver is a 13 year old boy. Having lost his own mother to cancer, Mully (Charlie Reid) is running from his father, who wants his son’s charity winnings to pay back his debts.

Colman’s Joy is reluctant to become a mother, unable to bond with her baby and ready to give her daughter to a close friend. As the unlikely pair run around Ireland to give the baby away, Mully proves he is brilliant at childcare while Joy gives him the motherly presence he needs.

There are multiple times while watching the film where you ask, “Why is Olivia Coeman in this?” The first time comes at the realization that Joyride is a road trip movie about a woman named Joy. The other moments come swiftly after when the plot drags and the comedic moments don’t land. Colman doesn’t really need this movie. The Oscar winner was just in a well-regarded film about reluctant motherhood (The Lost Daughter) and another one this year opposite a younger male character (Empire of Light). She can’t help but be good because she is Olivia Colman, but one questions if her heart is really in the character.

The script isn’t as witty as expected from Ailbhe Keogan, who wrote for this year’s brilliant and underrated series Bad Sisters. She tries to write a funny and moving story about two lost people from different generations who find the good in one another, but fails to find a cohesive thread in her story. There’s something disjointed about her writing, at least how it plays out on screen. Colman’s Joy feels contradictory in an unnatural way while Mully isn’t fully fleshed out.

Ireland, which should easily feel like another character in the film, feels underused and underappreciated. The inside jokes about the country are insular rather than inviting. To an American audience, the detours and hijinks Colman and Mully get up to just add to the monotony and unrealistic nature of the plot.

Directed by Emer Reynolds, Joyride tries too hard to be a sweet unlikely friendship story. As these two characters are pushed together, a sense of sentimentality grows that feels forced. Vital information about Mully’s backstory is buried in the film’s beginnings, throwing off the story even more if you don’t catch it. While good intentions were laid, it is unclear what the writer and director were trying to pull off overall.

Joyride is in theaters and on demand Friday. Watch the trailer below. 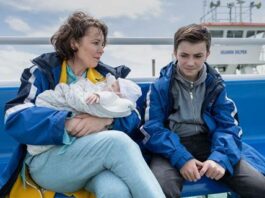 ‘Joyride’ Trailer: More Olivia Colman As She Steers Into An Odd... 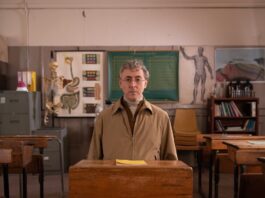