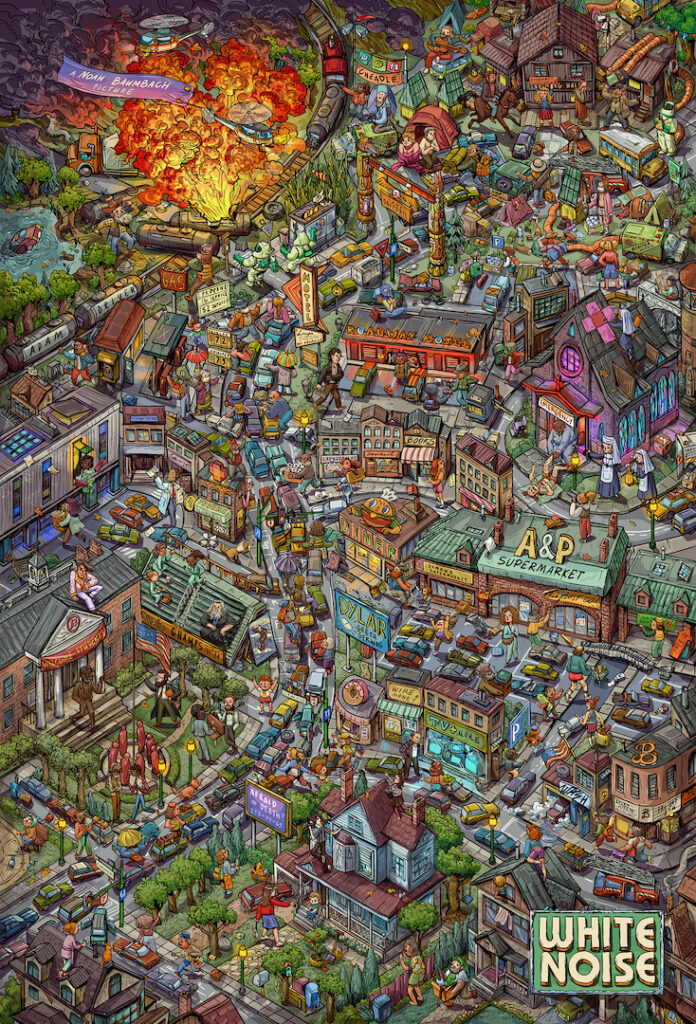 Noah Baumbach is a beloved critical darling, but he’s taking on his biggest challenge with White Noise. Based on Don Delillo‘s 1985 novel many have deemed impossible to adapt, the story centers on a suburban family, including a Dad who is a professor of Hitler Studies, as their neighborhood experiences an airborne toxic event.

Baumbach could find himself either in the thick of the awards season discussion or on the outside looking in. He’s given himself the best possible shot with a cast that includes Adam Driver, Greta Gerwig, Don Cheadle, Jodie Turner-Smith, Raffey Cassidy, and Andre Benjamin.

So far, the critic reviews have been strong. It didn’t work at all for me, but then Delillo has never been my cup of tea. Perhaps audiences will be more attuned to it than I was.

White Noise opens on November 25th in select theaters that will also be exclusively distributing the included art print. The film will then hit Netflix on December 30th.