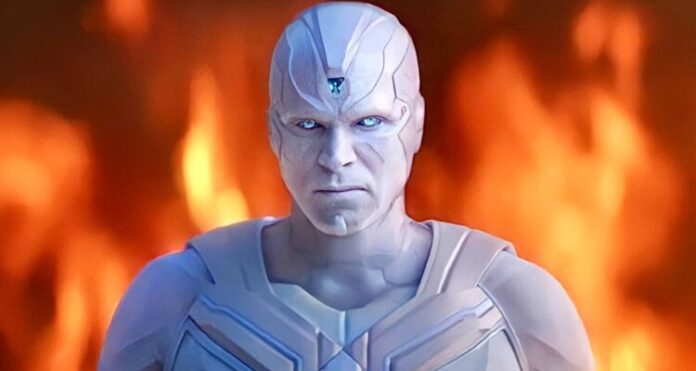 WandaVision was the first, and I think to this point, the most acclaimed of Marvel’s many shows on Disney+. And now we’re finding out that it will be the launching pad for not just one spinoff, Agatha: Coven of Chaos, but a second one that will feature the return of Paul Bettany as Vision.

Deadline reports Vision is set to return for Vision Quest, from WandaVision and Coven of Chaos writer Jac Schaeffer. That title shouldn’t be confused with the 1985 movie starring Matthew Modine, but is based on the integral West Coast Avengers storyline that saw Vision dismantled and his ability to have human emotions and feelings wiped out. He also was given the chalky white exterior that was seen briefly during WandaVision, a visual representation of the cold, unfeeling machine that Vision became when reconstructed by SWORD, the intergalactic peacekeeping organization that has replaced SHIELD.  SWORD will be seen again soon in both Secret Invasion and The Marvels.

I would expect the Vision Quest series to make significant changes from the comics. It’s unclear if Elizabeth Olsen will show up as Wanda, although it seems likely she’ll at least make a cameo. And what about other members of the West Coast Avengers? Perhaps Wyatt Russell’s USAgent now that he’s part of the MCU? And what about Wonder Man sine he is also getting his own series? Lots to ponder.

‘WandaVision’: Paul Bettany And Kathryn Hahn Are Eager To Have Their Characters Return