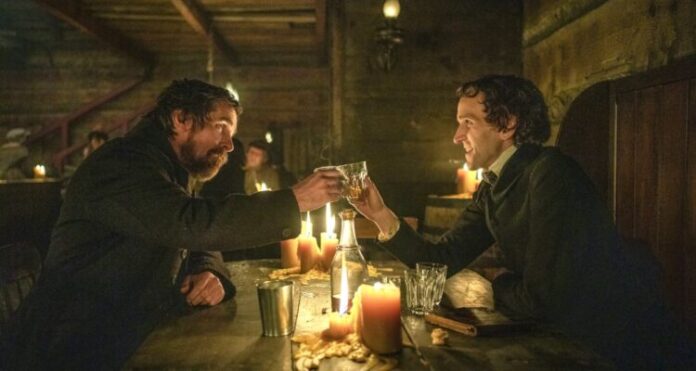 Although Christian Bale and director Scott Cooper have only paired up twice, for 2013’s Out of the Furnace and 2017’s far superior Hostiles, the duo is always worth looking forward to. Later this year we’ll see them together again for The Pale Blue Eye, a thriller involving a series of murders and a young Edgar Allan Poe.

Netflix has dropped the first teaser, while Vanity Fair has new images from the period mystery, which stars Bale as Augustus London, a detective who emerges from retirement to investigate a series of murders at West Point.  Henry Melling plays a young Poe, a cadet at the academy whose fascination with the strange and macabre challenges London’s methods.

“He dismisses him initially, but comes to find him to be the centerpiece of his life, which he would be quite embarrassed to admit, with his age and standing and everything,” Bale said.

The Pale Blue Eye will receive a limited theatrical run on December 23rd, followed by Netflix streaming on January 6th 2023.