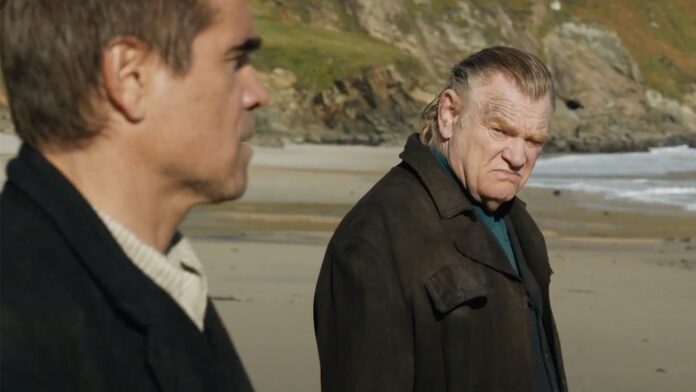 Martin McDonagh’s breakout film In Bruges is one that people still talk about today, ten years after its debut. Vulgar, violent, and featuring devilishly fun performances by Colin Farrell and Brendan Gleeson, it was the kind of film that made you want to see this trio reunited again. Well, that time is here with The Banshees of Inisherin, a very different movie about a very different kind of fractured relationship.

As seen in the new trailer, the film centers on the break-up of two lifelong best friends. The problem is that one has no idea what has come between them, and soon the tension escalates to the point where something has to give or everyone in their little Irish town will be consumed by it.

Also in the cast are Barry Keoghan and Kerry Condon, with McDonagh also having written the script. He’s coming off the Best Picture success of Three Billboards Outside Ebbing, Missouri, so this one is being looked at as a major Oscars contender, as well.

The Banshees of Inisherin opens on October 21st.

Set on a remote island off the west coast of Ireland, THE BANSHEES OF INISHERIN follows lifelong friends Padraic (Colin Farrell) and Colm (Brendan Gleeson), who find themselves at an impasse when Colm unexpectedly puts an end to their friendship. A stunned Padraic, aided by his sister Siobhan (Kerry Condon) and troubled young islander Dominic (Barry Keoghan), endeavours to repair the relationship, refusing to take no for an answer. But Padraic’s repeated efforts only strengthen his former friend’s resolve and when Colm delivers a desperate ultimatum, events swiftly escalate, with shocking consequences.