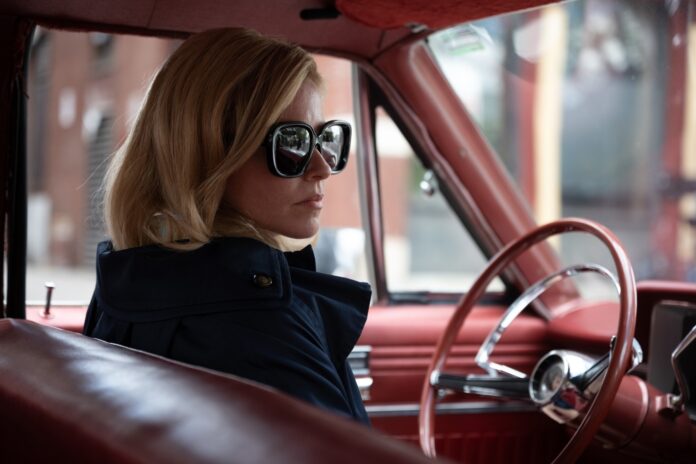 NOTE: This review was originally part of our Sundance 2022 coverage.

It’s safe to say almost every American has a position on Roe V. Wade. However, the history of events leading to the infamous Supreme Court decision is less known by the general public. One of three films that dissect abortion at the 2022 Sundance Film Festival, Call Jane is a historical retelling of how a group of women banded together to provide healthcare for the female population of 1960s Chicago. In her first theatrical feature, Carol writer Phyllis Nagy attempts to recall a time when access to a safe abortion was not at risk, but unheard of.

In light of Texas’ extreme bounty hunting abortion ban and multiple cases heading to the Supreme Court, it’s hard to view this film from an unbiased lens. Screenwriters Hayley Schore and Roshan Sethi smartly frame the story entirely through historical context, viewed through the eyes of “Joy” (Elizabeth Banks). A loving wife to a lawyer (Chris Messina) and mother to a 14-year-old girl with a baby on the way, Joy is content with her domesticated existence. When her pregnancy threatens her life, her case is brought up before her local hospital board where a bunch of white men cruelly decide her life is worth less than her baby’s. Forced to carry to term and unwilling to abandon her family, Joy searches for methods to end her pregnancy.

After faking psychosis, attempting to fall down the stairs, and an unsuccessful visit to a  back alley abortion clinic, Joy sees an ad on the street for the Jane Network. Led by Virginia (Sigourney Weaver), the quintessential 60s feminist, the group provides relatively safe care for a high price. With the help of Gwen (Wunmi Mosaku) and a chauvinist doctor (Cory Michael Smith), Joy undergoes the procedure, albeit in a sterile and stark manner. During her recovery, the network reaches out for a favor. It isn’t long before Joy is pulled in by the group’s support and the desire to do better for other women.

Sethi and Schore’s script doesn’t try to tell women what to do with their bodies. In fact, they use the conservative viewpoints of Bank’s character as a gateway into the Jane Network. Joy doesn’t believe in premarital sex, she can barely say “vagina” out loud. She doesn’t get an abortion because she wants one, but because her life would be at risk if she was to carry to term. By all definitions, her reasoning is often accepted by society as the “right way” of having an abortion. Though based on real people, Call Jane’s script (which made the Hollywood Blacklist) blends truth with fiction to the point authenticity is lost.

Nagy’s direction also adds to the oversimplification of historical events. The mob is mentioned multiple times, yet there is zero visual indication that the Jane network is in danger. Joy’s personal cost of getting involved in providing abortion services isn’t explored at all. She mainly has a happy marriage throughout and a supportive husband who realizes her worth. As a viewer, you feel safe and secure in what the network is doing. The stakes shouldn’t feel this low for a movie about illegal abortion access at a time when we could be returning to those methods.

While Call Jane will most likely appeal to the white moderate suburban audience, this oversimplified version of an overlooked part of American history can’t compare to the complicated current state of abortion access.