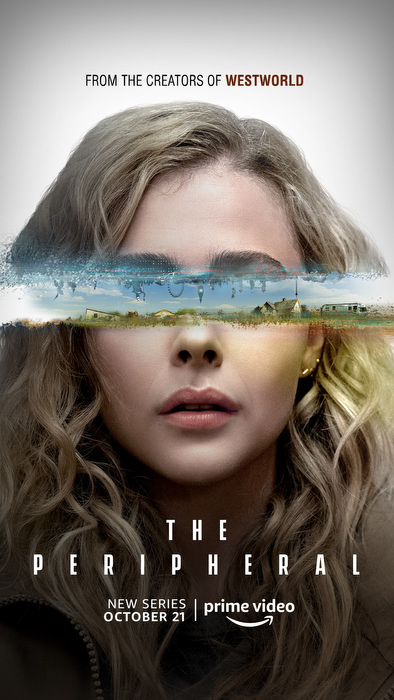 SYNOPSIS: The Peripheral centers on Flynne Fisher (Moretz), a woman trying to hold together the pieces of her broken family in a forgotten corner of tomorrow’s America. Flynne Fisher lives in the rural American South, working at the local 3D printing shop, while earning much needed extra money playing VR games for rich people. One night she dons a headset and finds herself in futuristic London—a sleek and mysterious world, alluringly different from her own hardscrabble existence. But this isn’t like any game she’s ever played before: Flynne begins to realize it isn’t virtual reality… it’s real. Someone in London, seventy years in the future, has found a way to open a door to Flynne’s world. And as utterly beguiling as London is… it’s also dangerous. As Flynne searches to discover who has connected their worlds, and for what purpose, her presence here sets dangerous forces into motion…forces intent on destroying Flynne and her family in her own world.

The screening of the first two episodes will take place on Wednesday, October 19th at Landmark Bethesda Row at 7:00pm. If you’d like to attend, RSVP at the Gofobo ticketing site here. Please remember all screenings are first come first served and you’ll need to arrive early to ensure a seat. Enjoy the show!